There are many mock drafts that only cover the first round. I like browsing around the web and found three drafts to share with Bucsnation. Pewter Report has a seven round mock draft. At Walterfootball.com, both Walter and Charlie have their mock draft up to five rounds. Oddly enough, Walter and Charlie have yet to recognize that the Bucs have acquired a pick from the New England Patriots. We grabbed the Patriots' fifth round pick by sending them linebacker Jonathan Casillas and the Bucs' sixth round pick.

Pewter Report and Walter both have similar ideas of a combination of QB, G, and OT in the first three rounds of the draft. Charlie seems to be channeling his inner Lovie Smith by addressing the defensive end position before attempting to fill one of two starting positions to which the Bucs have no real solid options at the moment.

The quality of a pass rushing defensive end diminishes quickly in the first two rounds and the Bucs own the second pick of the second round, which according to a CAV chart, is worth similar to that of a first round pick. Whereas a team can still pick up quality offensive linemen later in the third and fourth rounds that can be adequate. For example, center Bryan Stork was drafted by New England in the fourth round and helped the offense earn a Super Bowl in his rookie season. 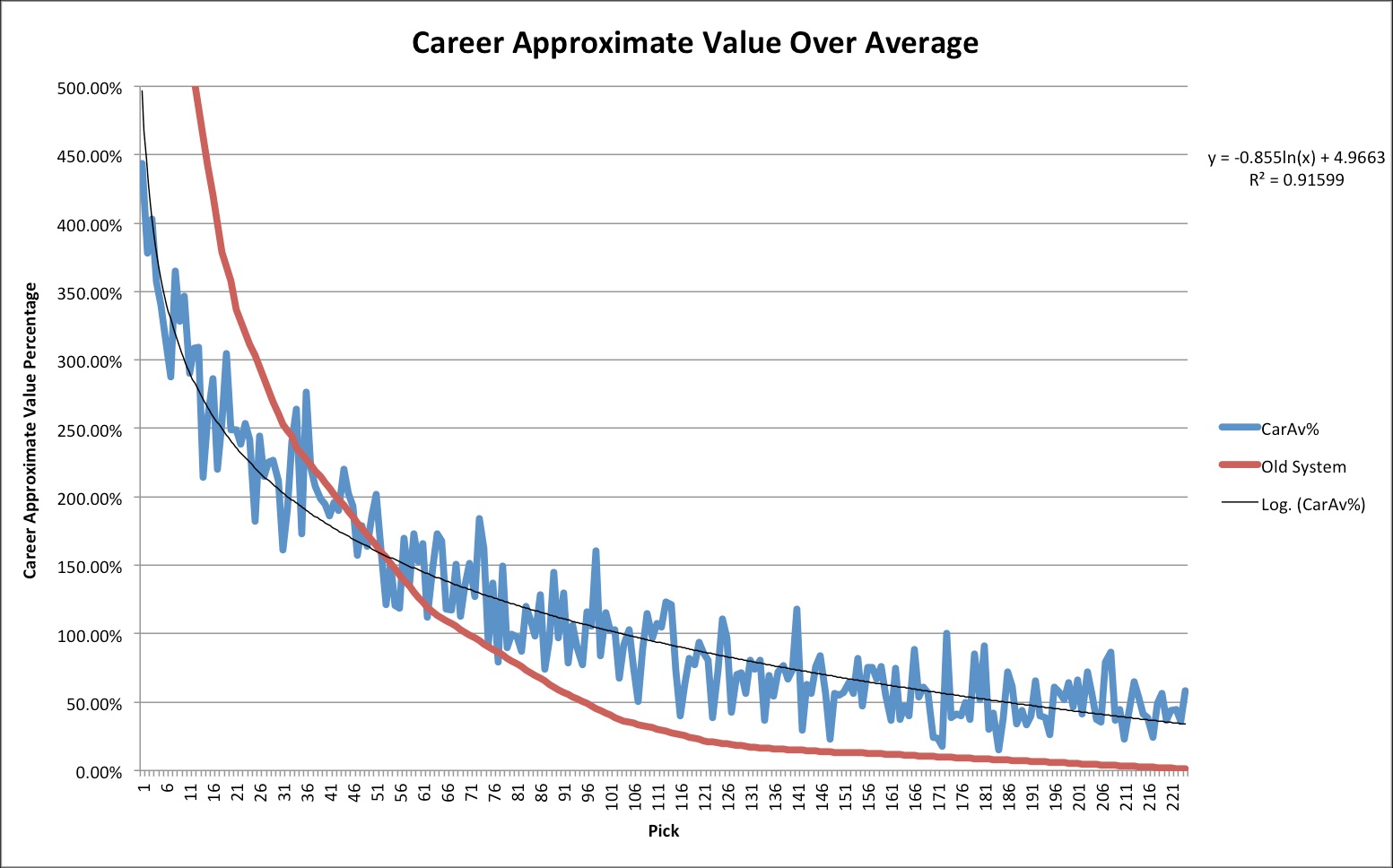 Last year, the team went all offensive. This year could be different such that the defense is in need of pass rushing defensive end help and so far the Bucs may be lacking of necessary talent. Assuming we stand pat on defense, at RDE we will have Jacquies Smith and at LDE there will be either Larry English or William Gholston. Or will the Bucs become fortunate again as it has first dibs on the waiver wire?

With holes at starting positions for QB, DE, OT, and OG with not enough high end picks (presuming we are not trading up into the third round), the Bucs may be short on fulfilling such needs as it needs to add depth everywhere except probably for running back and the interior of the defensive line. Unless we have been hoodwinked and are keeping Glennon as the starting QB to land a coveted pass rushing defensive end as well as address the offensive line issues in the following two rounds. I hope we do not subscribe to that notion, despite its possibility.

I encourage you all to visit each site and read the comments they have on each prospect. Pewter Report has videos for your view pleasure too!

As of today, provided the Bucs do not sign any OT, G, or DE, then which position should the Bucs draft in the second round?