The Tampa Bay Buccaneers have a pretty good roster, but three key positions have yet to be determined. Here are the most important position battles for the Bucs this season.

Tampa Bay Buccaneers training camp starts on Friday, which means we get to start previewing everything that's going to happen there. Breaking with tradition, we're not talking about five position groups here, but instead singled out three battles. The three position battles that are most crucial to the Tampa Bay Buccaneers' success this season. 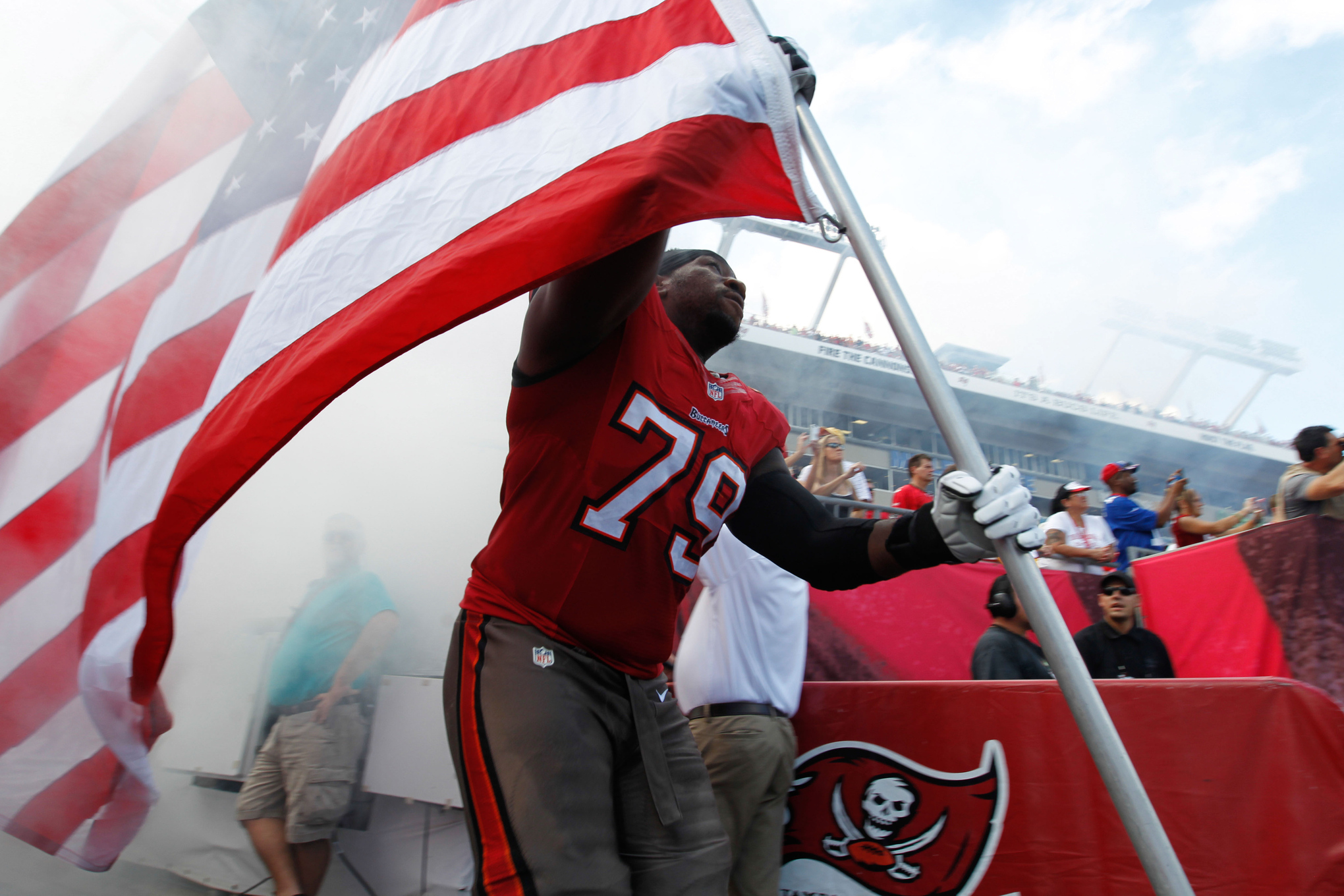 The Tampa Bay Buccaneers have some issues at offensive guard, mostly related to Carl Nicks. The former All-Pro has been struggling with a foot injury and complications from MRSA for two years. He had been cleared physically during OTAs and Lovie Smith noted that every player on the roster should be ready to participate in training camp, but Nicks has yet to participate in any practice since the middle of last season. A little skepticism is certainly warranted here.

Even if Carl Nicks can participate, the Bucs still need to find another starting guard. Jamon Meredith is the most experienced player on the roster, though he struggled a little last year as well. Oniel Cousins is familiar with the team's offensive line coach, but looked awful when pressed into duty for the Cleveland Browns last year. Fifth-round pick Kadeem Edwards and second-year undrafted free agent Patrick Omameh have both received some reps with the first team, but a real competition can't start until the pads come on and full contact is allowed. That should happen in training camp, which means we should keep a close eye on this position group. 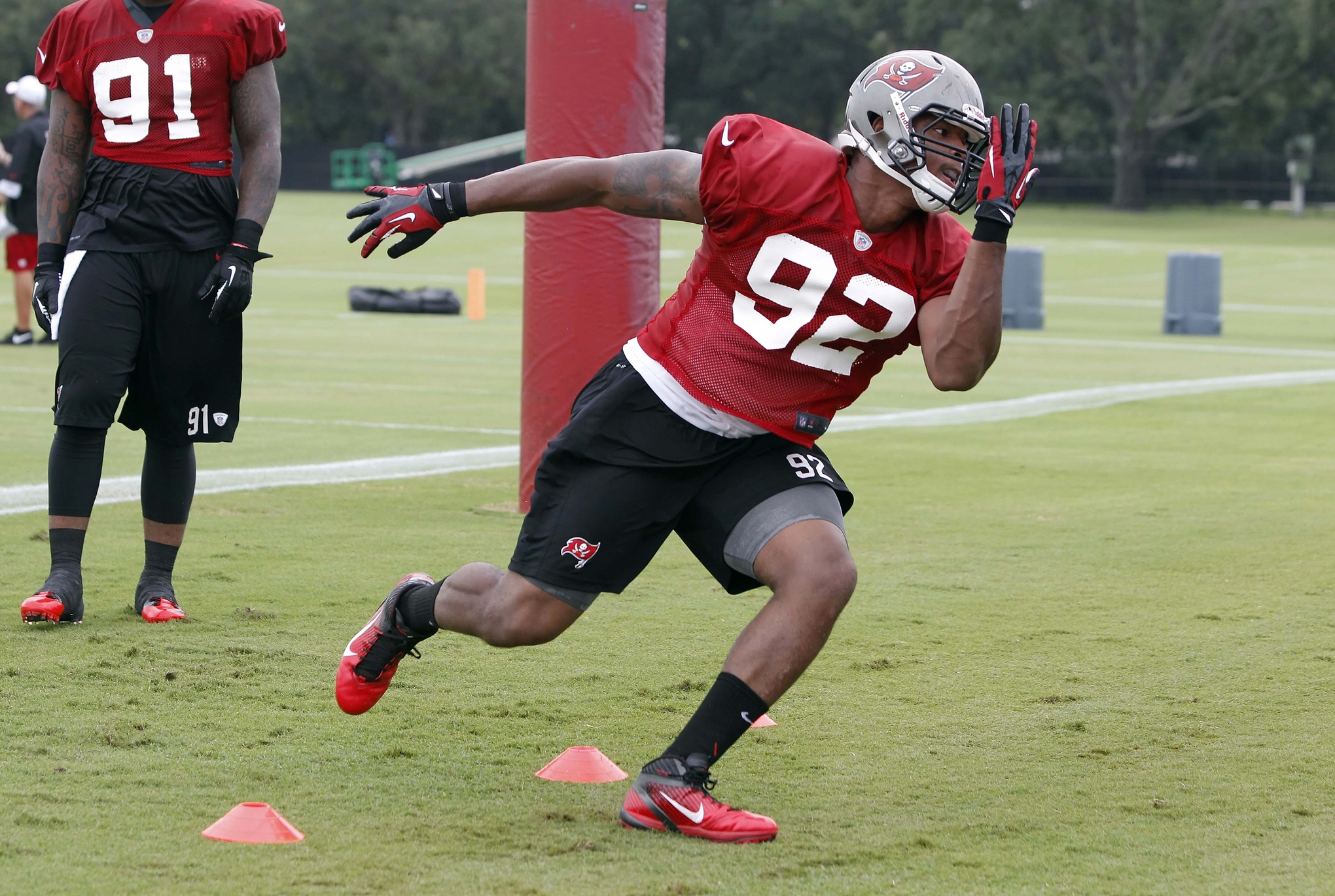 Having signed Michael Johnson as a starting right defensive end, the Bucs don't have a clear starter on the other side of the defensive line. Adrian Clayborn was granted that label after spending three years on the right side, but he'll have to earn the job if he wants to keep it. Having very little experience on that side of the line may be an issue for him, as is the fact that he struggled to beat offensive tackles throughout the 2013 season.

Da'Quan Bowers was the most disruptive edge rusher on the team last year on a per-snap basis, but barely ever got on the field. Recovering from knee surgery this offseason he wasn't fully in shape during OTAs and may not provide a real competition, though he's certainly talented enough to do so. If Bowers is healthy and fully focused he could easily win the job, but that's a pretty big if.

During OTAs it looked like Steven Means was going to be the backup right defensive end, but William Gholston will get a shot to earn the starting job at left end. He improved every game he played and saw his playing time increase significantly toward the end of last season, but he's still raw and not the fastest player. He may be a better fit as a hybrid defensive end/three-technique a la Michael Bennett. 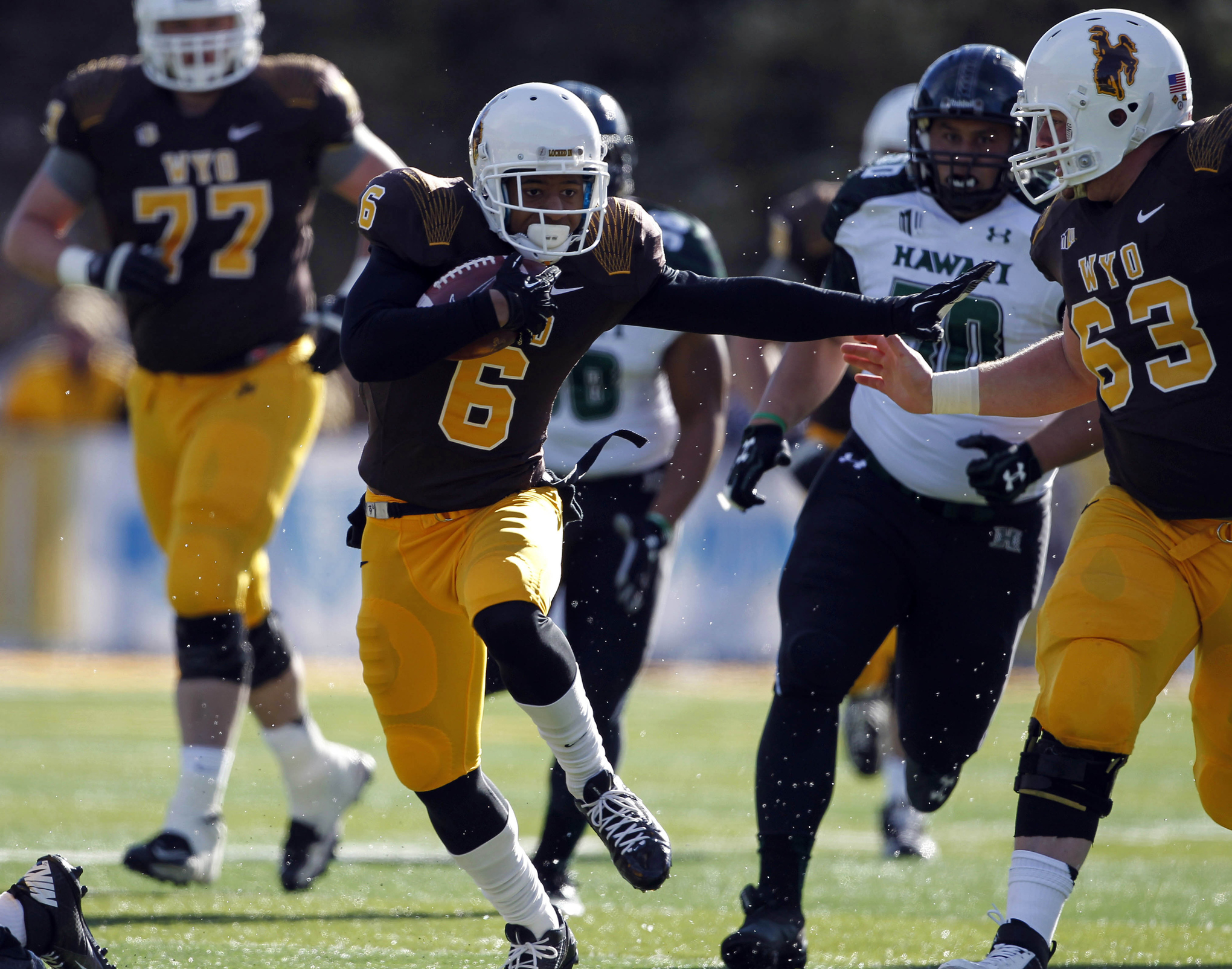 Mike Evans and Vincent Jackson will almost certainly be the starters this season, but there's a gigantic mess of players behind those two and one of them will win the job of being the third wide receiver. Who? That's anyone's guess at this point.

Louis Murphy has the most experience as a wide receiver and seemed to get most of the snaps during OTAs, so he's certainly the front-runner. Recent addition David Gettis may be the most talented player in the group, but injuries may have sapped that talent over the years. Robert Herron will have a leg up as the team's sixth-round pick, and he has the explosive speed to be a productive slot receiver.

And then there are players like Chris Owusu and Tommy Streeter who have intriguing athleticism, but haven't been able to translate that to the field. Let's not forget about special teamers Skye Dawson and Russell Shepard, or veteran and Tedford-connected Lavelle Hawkins.

What I'm trying to say is: this position group is a damn mess, and someone will have to step up and distinguish himself during training camp.