Here's everything you need to know about the Tampa Bay Buccaneers and the 2014 NFL Draft: a list of draft picks, team needs, scouting reports, likely targets, position rankings and more.

The 2014 NFL Draft starts on Thursday, at 8PM ET, which means it's about time to get your Tampa Bay Buccaneers 2014 NFL Draft Primer, right here. We have the answers to everything you're wondering about. Who have the Bucs been linked to? Who should they be interested in? How many draft picks do they have? Find out below!

The Bucs enter the 2014 NFL Draft with six draft picks, having traded their fourth-round pick to the New York Jets for Darrelle Revis. They also traded away their sixth-round pick for Gabe Carimi (since cut), and received a sixth-rounder from the Buffalo Bills for WR Mike Williams. That leaves them with the following picks:

Needs that must be filled

Wide receiver: The Bucs desperately need a starting wide receiver opposite Vincent Jackson. And a slot receiver. And some depth. And some guys to just catch passes. What I'm saying is: they need to draft some wide receivers. Good thing for them this draft is filled with guys who can catch passes, in all shapes and sizes. The Bucs are likely to look a little harder at fast playmakers than they are at big-bodied, contested-catch-receivers.

Offensive guard: The Bucs are currently starting Jamon Meredith and Oniel Cousins at guard. That's just not good enough, though Carl Nicks might (*might*) return from injury to play again. But that's nothing they can count on. Whether it's in the first, second or third round: they need another interior lineman. They may select a tackle who can play guard (like Greg Robinson) and are more likely to look at quicker, athletic linemen than at big-bodied maulers.

Quarterback: Yes, they signed Josh McCown and yes, Mike Glennon's still hanging around somewhere, but the Bucs have made it clear they want to add a franchise quarterback in this draft -- which incidentally means that Glennon's days are probably numbered if they can find a trade partner. Whether it's Johnny Manziel at the top or Brett Smith at the bottom, expect the Bucs to add a signal caller at some point.

Wide receiver: Oh right, I mentioned them already. Well, they need a lot of them.

Defensive end: The Bucs are always looking for extra pass rushers, and they lack reliable players beyond free agent addition Michael Johnson. A few guys on the roster have the potential to be disruptive edge rushers, but adding more talent at this position is something Lovie Smith will definitely want to do. 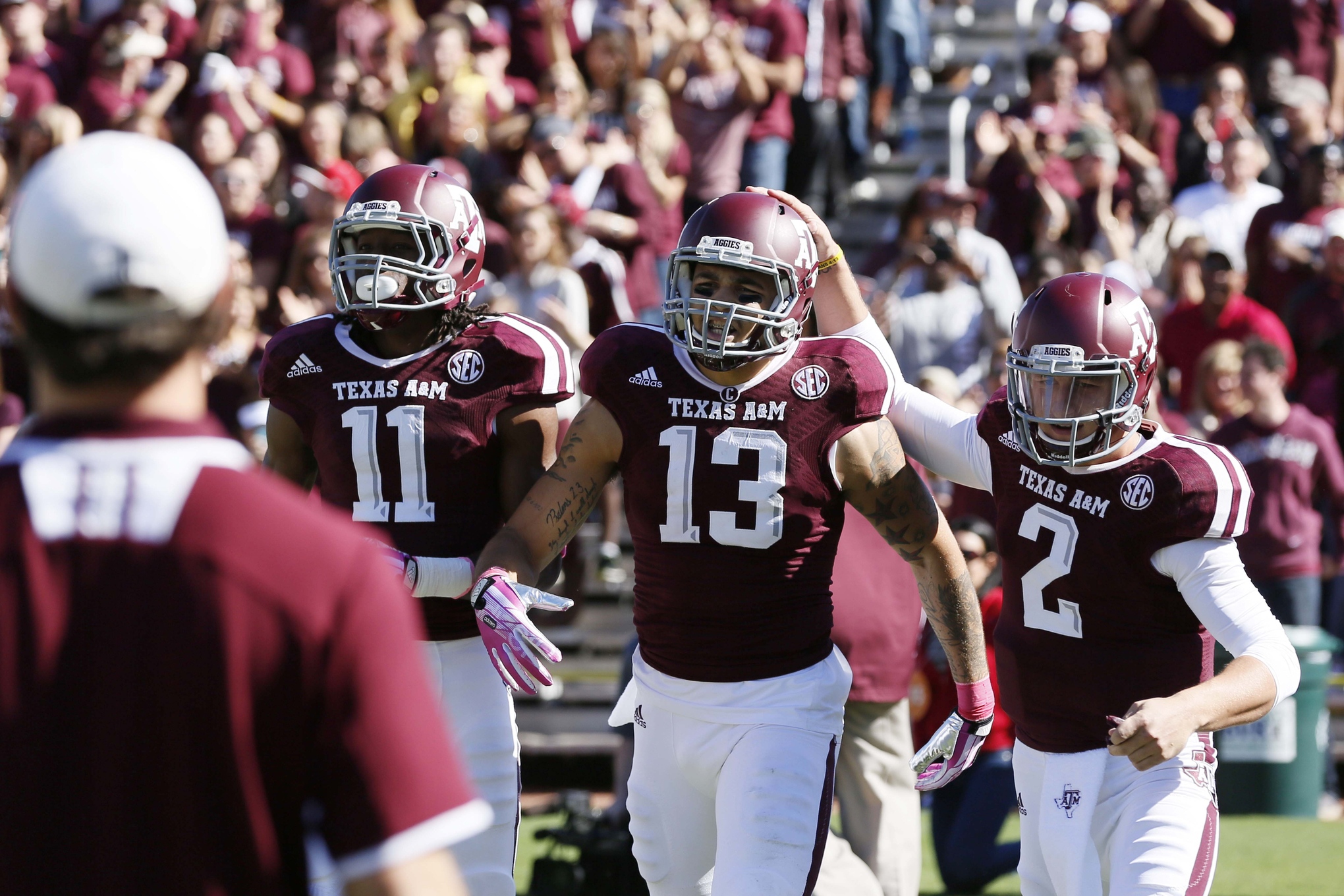 Linebacker: Lavonte David, Mason Foster and Jonathan Casillas are pretty solid starters, but the team could probably find upgrades for the latter two if they wanted to. If they're in position to take someone like C.J. Mosley after trading back, they could pull the trigger on him and move Mason Foster to strongside linebacker.

Safety: Dashon Goldson and Mark Barron aren't going anywhere, but Goldson's expensive contract and at times uneven play could see him on the way out in 2015. Drafting some depth and a possible future replacement would make sense from a long-term perspective.

The Tampa Bay Buccaneers have been linked to only one player consistently: Johnny Manziel. The Texas A&M quarterback was the subject of multiple independent reports linking him to the Bucs a couple of weeks ago. Those rumors solidified yesterday, when the Bucs were linked to a trade up for Johnny Manziel with the St. Louis Rams at number two.

League-wide rumors make this a little more interesting. The Oakland Raiders and Cleveland Browns are supposedly not interested in Johnny Manziel, while the St. Louis Rams may be targeting an offensive tackle instead. Meanwhile, Jacksonville is entering the Johnny Football sweepstakes. Meanwhile, the Atlanta Falcons want to jump up to number one to pick Jadeveon Clowney. The smoke is heavy, but we'll find out the truth tomorrow.

We haven't been sitting still, and we've analyzed thoroughly which players would fit the Bucs best. Below you can find all our scouting reports, or you can follow this link to find them in one stream. 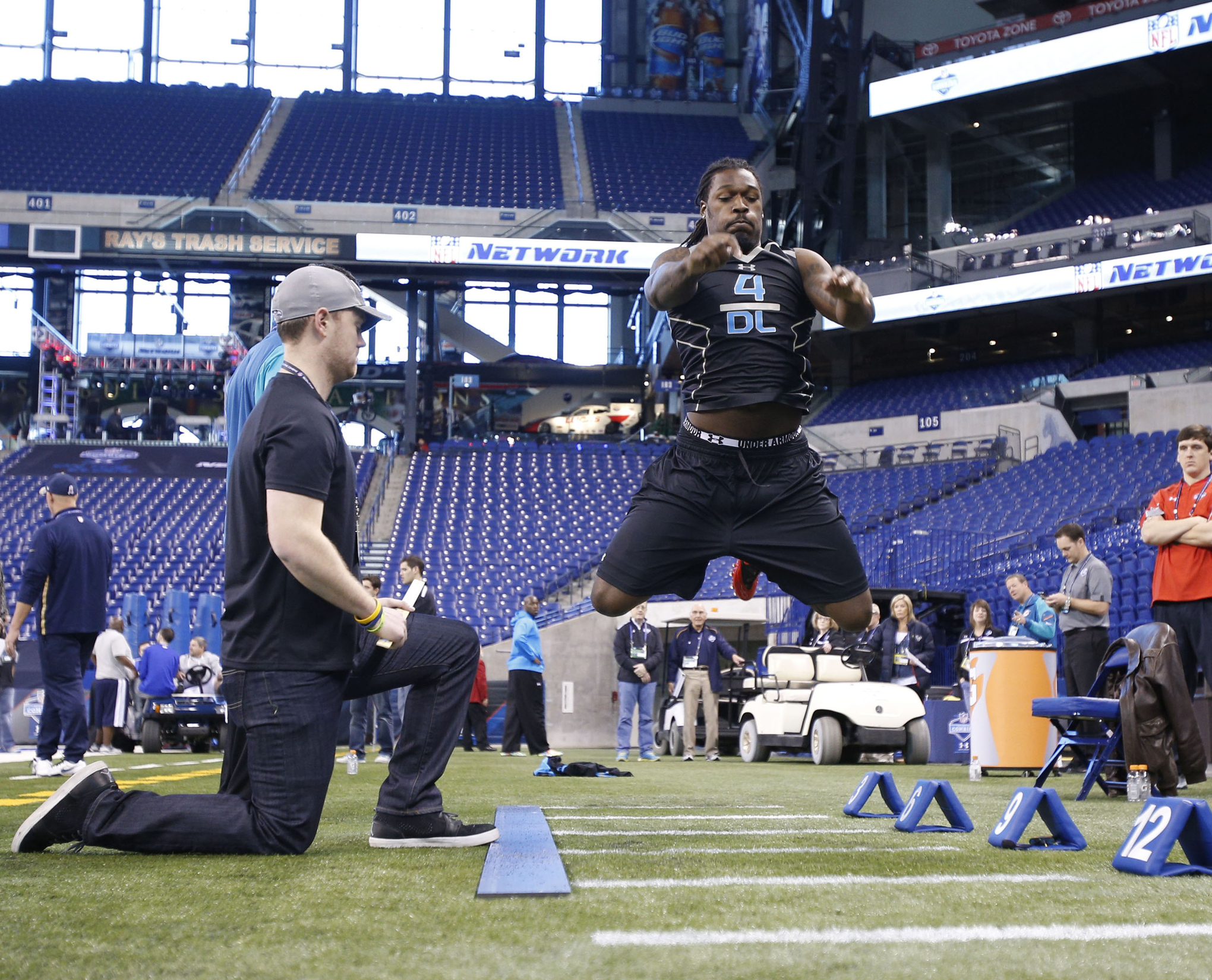 Over the past weeks, we've polled the fans to get a good sense of what their draft board would look like, both in total and position-by-position. You can find the position-by-position rankings here, but the combined Big Board is below. You may also want to look at Mocking the Draft's Top 200.