After releasing their white jerseys earlier today, the Bucs have now revealed their red jerseys - and they're unlikely to make you feel differently than the road jerseys did.

After the more-subtle changes to the Bucs' logo and helmet a few weeks ago, the new jerseys are completely unlike the previous incarnation - and that's not necessarily a good thing, depending on who you ask.

When the teaser photo of Doug Martin in the white jerseys were published by the Bucs earlier today, I can't say I was a fan - but I held hope that, in red, the jerseys would look better, and in fairness, they do. Just not by very much. 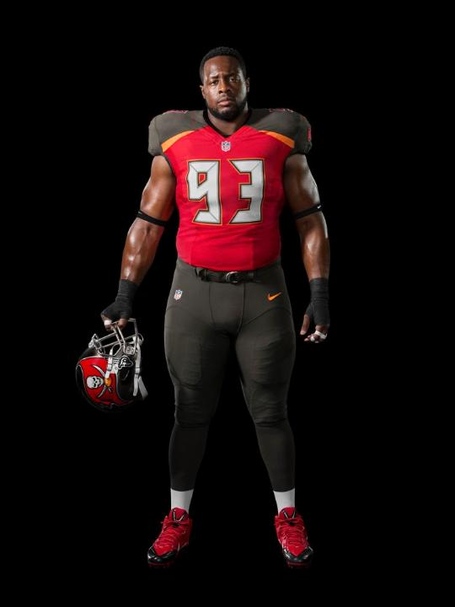 Well, it's certainly different. As with the first shots of the new helmet the pewter doesn't really come across as pewter, but more off-black. In fact, the only pictures where it looked notably 'pewtery' to me were these ones: 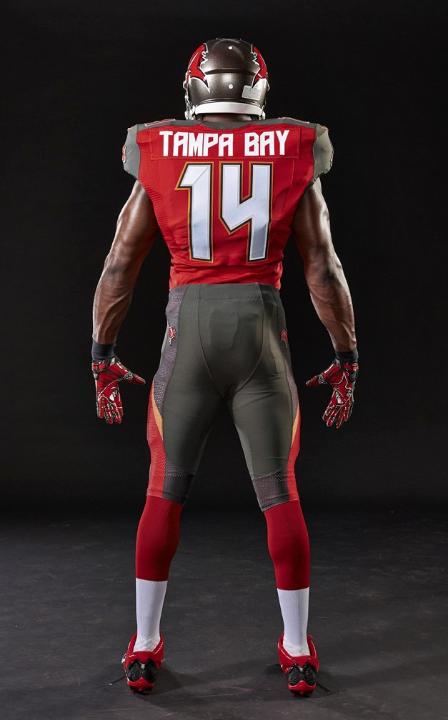 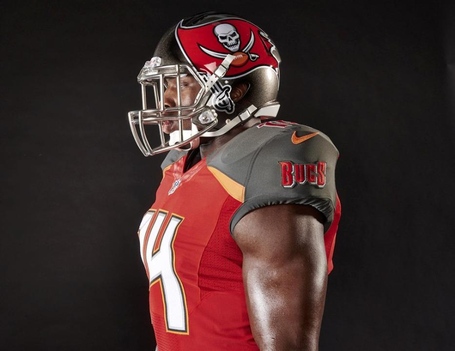 It's a shame, really, that the Bucs chose to go all "dark and edgy" with these photo releases, as the jerseys actually look like they might be a little bit less visually offensive with that more pewter sheen. Sadly, we might need to reserve judgement even longer, at least until the Buccaneers media department buy a new lamp to get some light on the damn thing.

Personally, I like the way the new ship pops out off of the shoulder, and also like how the ship's only on one sleeve, the other having the word "Bucs". It's a little quirky and I think that's pretty cool. 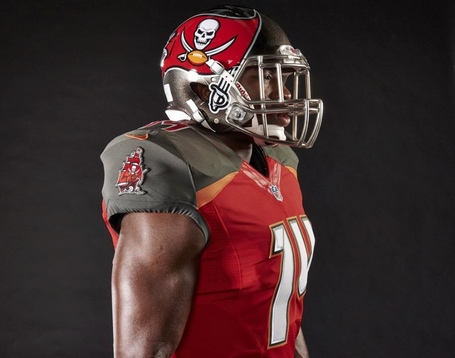 I also like the orange swooshes. The side of the pants might have looked pretty cool too, if they had a few more working light bulbs at OBP so you could actually see the pewter: 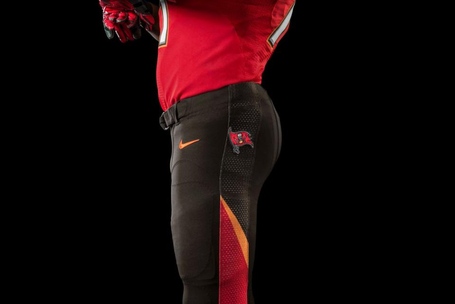 Unfortunately, that's pretty much all that I personally like about the new jerseys - with one more thing: according to the New York Post, the numbers will have a reflective chrome outline. That's pretty neat - but it doesn't detract from the eyesore that is that numerical font. I just can't look at the road jerseys without thinking "digital alarm clock".

You can check out all the publicity shots the Bucs have released here.