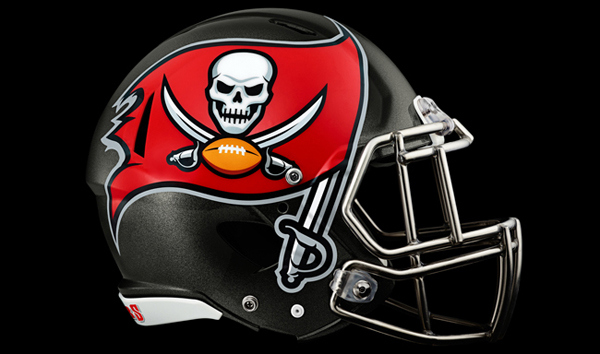 The Tampa Bay Buccaneers have revealed their new logo and helmet, and we have the pictures and the details.

Update: NFL Network showed the same helmet, although it looked more silvery than black on the show.

There's your new Buccaneers helmet, directly from the Buccaneers website, which released it a little earlier than warranted (h/t to Gil Arcia, via AndioLoveLamp). Dark, aggressive, more modern. It's still shiny, instead of matte, but I really like the black background and the massive, massive logo on the helmet.

The logo has been modernized, looks a little more cartoon-y and more aggressive than the previous logo. We have an angry Buccaneers skull, now. Another big chance is the color: pewter's gone altered. Instead, we have a more silvery look to the saber and and on the helmet.

The Bucs also added a new font for their logo, if we can trust their official shop, at least.

The team will also unveil new uniforms on March fifth, Justin Mosqueda noted on Twitter and the team later confirmed. The staggered release mirrors what the Minnesota Vikings did, and it makes sense given the alteration to the pewter color.

For reference, this is what the old logo and helmet looked like. 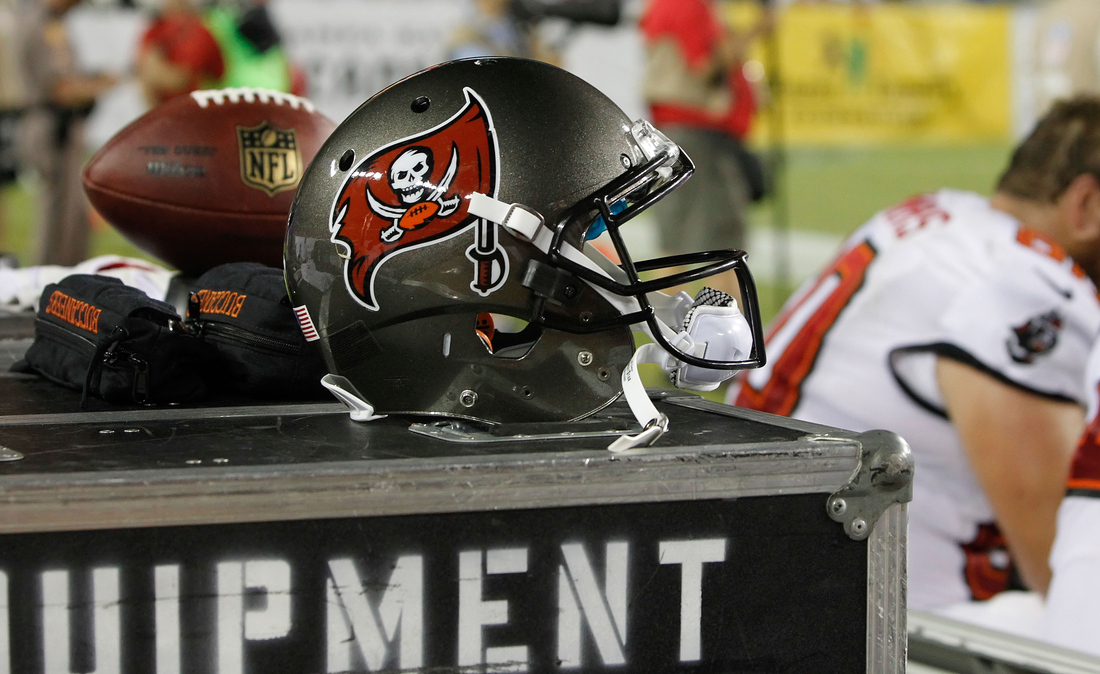