No, this is not the Buccaneers' new helmet

The first realistic leak of a helmet design. It's not real, though.

Share All sharing options for: No, this is not the Buccaneers' new helmet

UPDATE: It seems it is not real. Made by a Reddit user, and debunked by Warren Sapp. Still waiting for 8PM ET.

We have a possible, realistic candidate for the new Tampa Bay Buccaneers' helmet. WTSP meteorologist James Van Fleet placed the following two images of a new helmet design on Facebook and Twitter,with some teaser language. We'll get to see at 8 PM ET today on NFL Network whether these are the real deal, but they do look realistic. 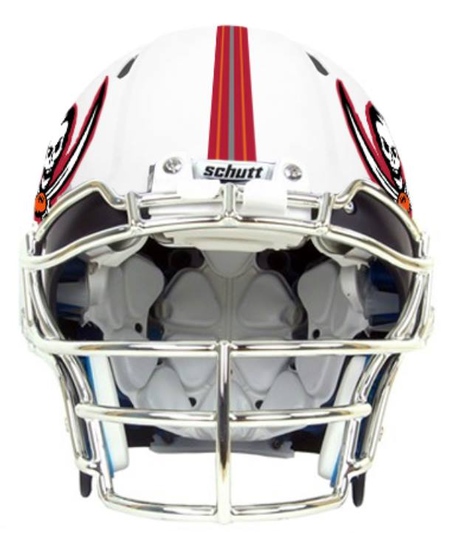 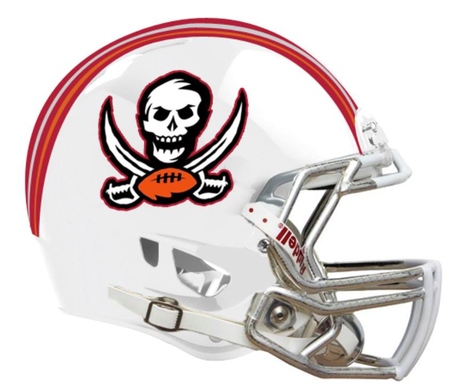 There are a few reasons to believe this is real. If they're fake, they're more convincing fakes than most mock-ups out there. The chrome grill fits with what Warren Sapp told everyone, while the orange accents are a nice nod to the past. The white background would help the team when it comes to throwback games, which had to be cancelled because they couldn't find a way to wrap a Bucco Bruce logo neatly around a pewter helmet.

As far as I can tell the logo is the same, except for the red accent surrounding it. That's a minor change and probably not one worthy of a reveal, but it looks pretty good nonetheless.

So what do you think? Do you like it? Do you think this is the real deal?