We talked with former Bears director of scouting Greg Gabriel about Chris Ballard, the leading candidate for the position of general manager with the Tampa Bay Buccaneers. On how Ballard got into the NFL, where he's coming from, and what his strengths are.

Share All sharing options for: Chris Ballard, future general manager - for the Buccaneers?

The leading candidate for the general manager position of the Tampa Bay Buccaneers appears to be current Kansas City Chiefs director of player personnel, Chris Ballard. We had the chance to talk about Ballard with Greg Gabriel, who spent nine years with the Chicago Bears as the director of college scouting under Jerry Angelo and now covers the draft for the National Football Post.

Gabriel has some strong convictions on Ballard.

"It took me about three years to figure out that he was going to be a future general manager."

"I gave him his first NFL job," Gabriel says. "He's the first guy I hired. When I hired him I'd only been on the job ten days and Jerry [Angelo]) gave me his name. He said 'there's a guy down at Texas A&I [now Texas A&M Kingsville - ed.], he's the pro liaison/defensive coordinator, he was always good in talking about players. You could trust his opinion when you went to the school, and he gave you his thoughts about the player. So why don't you call him?'"

"I called him on the phone three times. I never met him and I hired him. It was only through phone conversations. First time I met him in person was two days after I hired him, I flew him out to Chicago."

"He was very, very impressive," Gabriel says. "And I knew he had the passion it took to be a good scout. Everybody wants to be a scout, but it's a very tough job. It's a tough job because number one you're on the road. You're by yourself. You're away from your family. You miss a lot of things, you miss your kids growing up because you're gone so much. You're basically your own boss when you're on the road. It takes its own stick-to-itiveness, initiative that you get the work done. And he got the work done."

It takes more than just toughness, work ethic and perseverance to be a good scout, however. You need to know how to scout players, and you need to be able to sell that to your coaches and to the people in charge.

Ballard was especially good at evaluating players on the defensive side of the ball, and especially defensive backs. The Bears had a slew of very strong defensive backs when he was there, and some of them are still going in the league, like Charles Tillman. 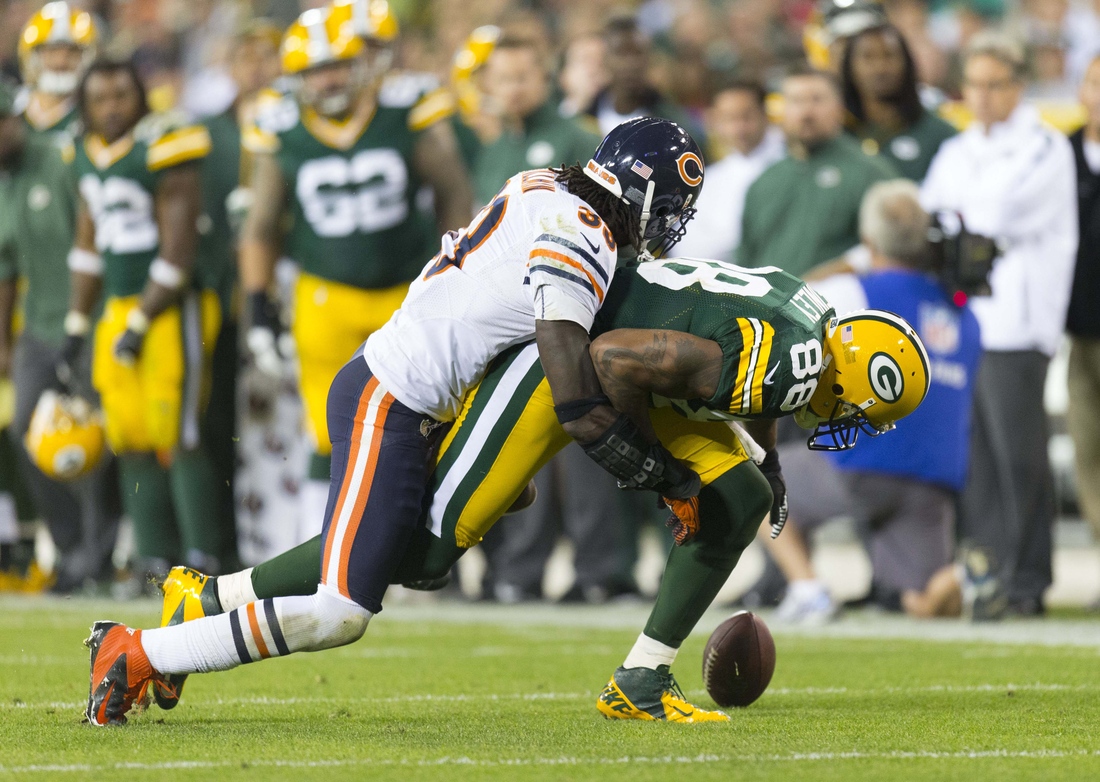 "Chris was a very strong defensive evaluator and he was excellent with defensive backs. And the whole time I was there, Chris cross-checked defensive backs. So he knew number one what we were looking for, number two he knew the personality of the coach, and knew if the coach could work with the kid and knew if the kid could prosper under the coach. There's not a lot of scouts, who can do that who have that skill. That's where he was very very strong."

There are plenty of examples of players where Ballard's combination of being an excellent scout and being able to sell a guy helped the Bears get some very good players.

"[Charles] Tillman, that was Chris' guy. [Cornerback] Nate Vasher we took in the fourth round from Texas. Now that's a great example, because Chris had a very strong conviction on Nate Vasher. Nate at his pro day didn't run very good. Now his agility drills and stuff were outstanding."

Ballard wanted to really sell Vasher, though. He was convinced Vasher was going to be good. So he went back to Texas to time him again, and gets a tenth of a second off his time. Gabriel said "What did you do, strap jet engines to his ankles?" But Ballard really believed in Vasher, and just told Gabriel "Oh no man, he can do it. He can run real good!"

"But fact of the matter is Nate Vasher, he couldn't run fast!" Gabriel says. "And I always harassed Ballard about that after, but he was so quick and so instinctive he became an All-Pro. Fourth-round pick and he went to the Pro Bowl!"

It wasn't just defense, though that certainly is Ballard's specialty. "[Running back] Matt Forte was another guy. Chris and I both had a strong conviction. Jerry (Angelo) wasn't as sold on Forte as Chris and I were." Forte has since made it to two Pro Bowls and has been a very large part of the Bears' offense since being drafted. 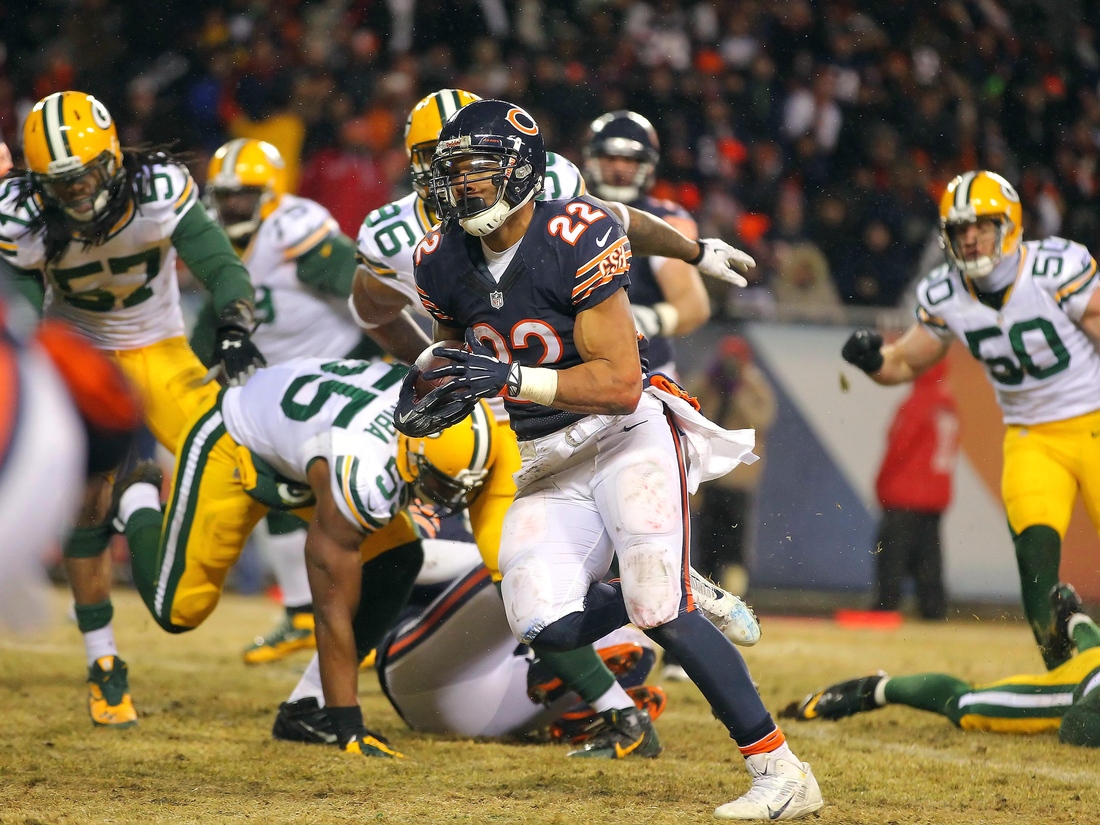 Part of Ballard's edge as an evaluator was that he understood which character issues mattered, which didn't, and which coaches could work with which players. That helped the Bears find some talented players other teams might no touch, or wouldn't touch that early.

"I think the fact that he coached at Texas A&M Kingsville," Gabriel said. "Where at the time when he was there, kids that couldn't get in at a lot of other places ended up at Texas A&M Kingsville. Some of them were bad character kids or I'm going to say borderline character kids, had some issues. So he knew how to deal with these kids.And knowing how to deal with these kids and knowing these kids and being around them, that gave him a better idea of how to judge character."

"And he did a very, very good job in getting the right information. He just had to say the little things to me and I knew he trusted the kid. There might be some issues with the kid, but he knows how to push the kid's button and knows how to get the best out of him and knows that he won't bust, so to speak. [The player] won't be a disappointment. I gotta say that he was right the vast majority of the time!"

So Ballard's an excellent scout. That certainly helps, but why would Lovie Smith go after him as a general manager, specifically? Turns out the two go a long, long way back.

"He's got a very good relationship with Lovie Smith. You know, they go back. Chris played at Wisconsin when Lovie was an assistant coach there. They know each other going back from when Chris was in college. Another thing that's very important with Lovie: Chris is from Texas, Lovie is from Texas. Lovie loves Texans."

Despite the fact that Lovie Smith's likely going to have final say on the roster, Ballard will have input, and Lovie won't be blinded by his own opinions. Ballard will be able to sell his players to Lovie, while Lovie on his turn will listen to what his general manager has to say.

"If you're just gonna go on your own opinion you don't need scouts. There's gotta be discussion. And Lovie is a good listener. I had to sit down with Lovie on numerous occasions and talk to him about players, sell him on players. But he's a good listener."

So would Ballard be a good general manager? Gabriel certainly thinks so.

"If he does get the job there's not a doubt in my mind that he's going to do an outstanding job there."