Buccaneers' Mike Williams is angry about statistics, this time

Mike Williams has a beef with the Tampa Bay Buccaneers for wrongly portraying his career statistics. Except he's wrong. But at least it's entertaining.

Share All sharing options for: Buccaneers' Mike Williams is angry about statistics, this time

Mike Williams' twitter account is certainly starting to turn into...something. After that little snafu with his baby mama/contract, he's just continuing a string of over the top tweets. Ah well, at least it's entertaining -- even when he's wrong. Like here:

BUC SITE SAY I started every game but 1 my whole CAREER YEA! good compliment but thats NT true I STARTED EVERY GAME MY WHOLE CAREE. FIX IT!

Well, Mike, I'm sorry to break it to you -- but you're wrong. You started every game in your career, except one: the Week 9 game of the 2011 season against the New Orleans Saints. Because in that game, you weren't on the field on the first play of the game.

"@Bucs_Nation: Except He wasn't in the starting lineup for the week 9 game against the Saints in 2011." THAT'S WRONG I STAYED THAT GAME TOO.

Using caps lock is not going to make you more right, Mike, sorry.

Don't believe me? Well, look for yourself: 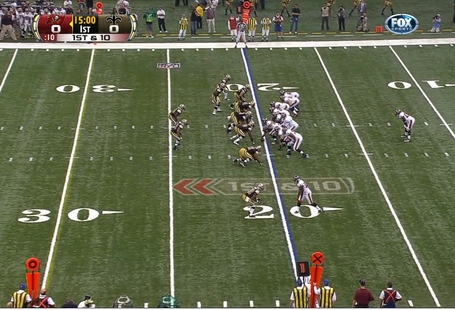 That's Arrelious Benn at the bottom, Demar Dotson, Kellen Winslow and Luke Stocker at the right side of the offensive line and Legarrette Blount in the backfield. It's obviously a run-heavy formation, and Benn was often on the field for those plays because he was a better run blocker. I don't see a Mike WIlliams anywhere on the field, there, though.

Not convinced it's Benn? 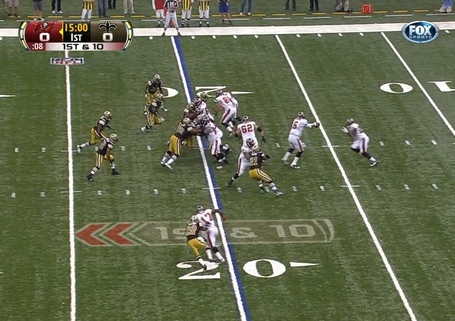 So, Mike Williams, you were not a starter for one game in your career. I hope you'll survive this terrifying blow to your statistics.