The Tampa Bay Buccaneers traded two draft picks and gave Darrelle Revis $16 million per year only to view him as just another cornerback.

Share All sharing options for: Buccaneers plan to use Revis in single coverage only some of the time

Greg Schiano loves him some Darrelle Revis, which is what he told Dan Pompei of the National Football Post, who seems to have a direct line to the Tampa Bay Buccaneers coach. The fact that Schiano loves Revis is no surprise -- but the final comment noted by Pompei is more surprising.

Bucs coach Greg Schiano thinks Darrelle Revis is the best cornerback he has evaluated in 25 years. He referenced Aeneas Williams and Deion Sanders as others who were highly impressive because of their coverage skills. "Darrelle is all of those things," Schiano said. "He's big, physical, a cover guy, he'll tackle you. And he works his rear end off. His passion for preparation is something I love." He said Revis will afford the Bucs the opportunity to take a receiver out of a game and play 10 on 10 -- not every snap, but some of the time. "That allows you to do some things," he said.

This echoes what Schiano said in last week's press conference. "That's always the fear when you bring in a corner in from the outside if he's only played one-on-one," Schiano said. "Does he understand all the other concepts? But he does, and he has a really good football mind."

Revis is a singular talent, and it's no surprise that he's better than any other cornerback Schiano has evaluated in the past. I have one concern, though: why would you pay the best cornerback in the NFL $16 million per year and give up two draft picks for him only to not use his talents to the fullest extent possible? 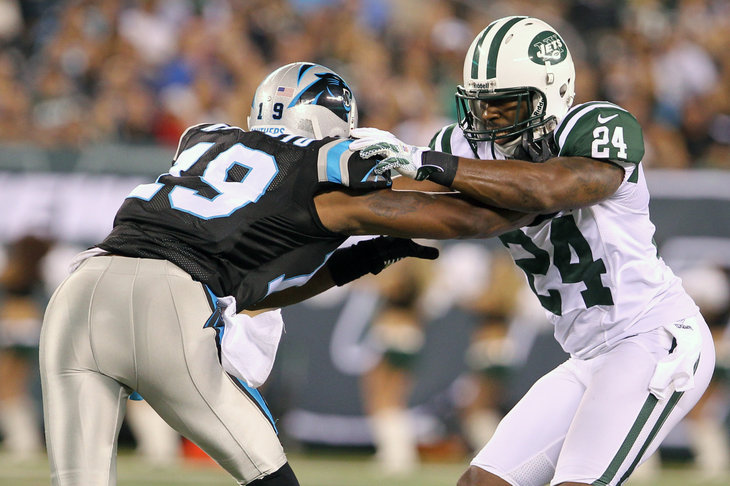 Revis can change an entire defense, if used in the right way.

Because that's what Schiano is saying here. Rather than using Darrelle Revis to build a defense around, giving the defense a numerical advantage on every snap, it seems like Schiano is intent on simply plugging him into his system. That still gives the Buccaneers an upgrade for their cornerback group, of course, but it limits his impact -- and that's not what you pay him $16 million per year for.

We'll see what happens once the season starts, but if the Buccaneers do not use him to lock up one receiver on every snap, they are wasting Revis's talents. His impact is so extreme that he was the biggest reason the New York Jets have been able to post top-notch defenses year-in, year-out without quality pass rushers. He allowed them to blitz creatively and often, while not giving up much in coverage. On other snaps, the Jets could play maximum coverage with Revis locking up one receiver, leaving six or seven others for the remaining four (or fewer) receivers. That was a tactic the Jets used to great effect against Tom Brady.

And yet, it sounds like Schiano will instead stick to his system, for the most part -- which is exactly what he did last year when he didn't have the talent to run it. Revis could be used so much more effectively

Drafting in the 1990s was a mixed bag for the Buccaneers

Dominik says Revis will be ready for training camp

Bucs would have taken Tyler Eifert in the first round