As contract extension talks continue, can Mike Williams improve on his stellar 2012 season?

The Tampa Bay Buccaneers continue to negotiate with wide receiver Mike Williams on a contract extension, as they have been doing throughout the offseason. According to Max Luckan of Examiner.com, the two sides are aiming for an extension prior to the start of training camp on July 25.

Williams didn't know when to break off routes 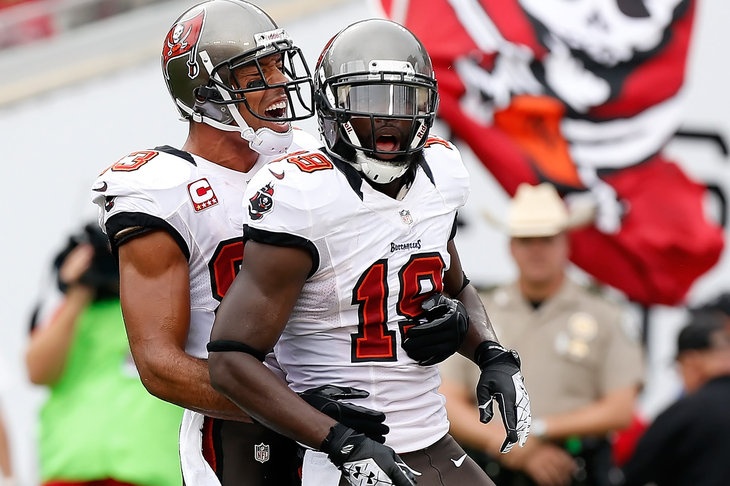 The fourth-year receiver was a fourth-round draft pick in 2010 and has been a consistent performer for the Bucs, notching three seasons with over 750 yards receiving. Williams hasn't missed a single game in his career, despite being suspended twice in his college career. Williams' so-called character issues haven't shown up in the NFL, as he's been a model player in Tampa.

Williams really took his game to another level in 2012 after struggling as the number one receiver in 2011. The addition of Vincent Jackson helped Williams to reach a similar level of production as he did in his rookie season. With Jackson and Williams, the Bucs also have the tallest pair of starting wide receiver in the NFL. That size allows Williams to consistently win jump-ball battles, which is probably his best trait.

Williams may be able to take his game to another level this season with a second offseason in the same offensive system, one he struggled to understand last year despite quality production.

Did the Bucs improve at quarterback?