Who will benefit the most from these joint workouts?

Share All sharing options for: Buccaneers, Patriots to hold joint workouts during preseason

The Tampa Bay Buccaneers have announced that they will hold joint workouts with the New England Patriots for the second consecutive year. The workouts will be held in Foxborough, Massachusetts on August 13 and August 14, ahead of the two teams' preseason game on Friday, August 16. 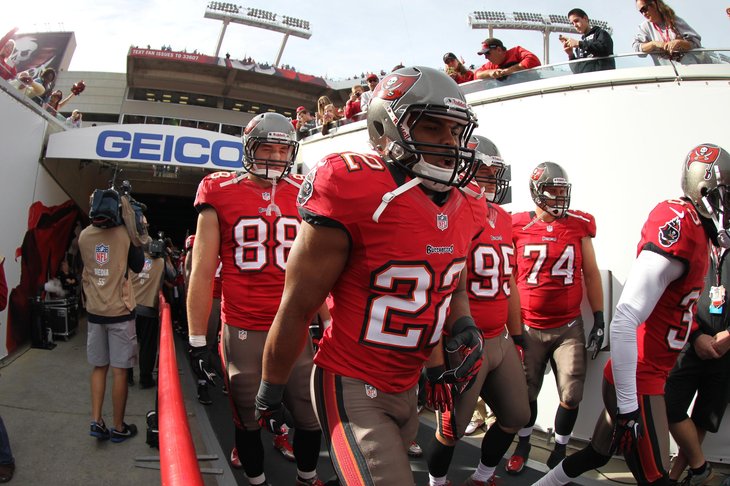 Last year, the Buccaneers beat the Patriots 30-27 during week three of the preseason after similar joint workouts in Tampa. The Bucs actually did better than the score indicated, leading 20-7 before the Bucs were the first team to pull their starters in the third quarter.

Are these workouts a good thing? Honestly, I don't have a clue. I don't see how it could hurt: the Bucs are more likely to learn from the Patriots' way than the other way around given Belichick's long tenure in the NFL. The Patriots may learn something crucial that would allow them to win their week three matchup -- but there's an equal chance of the reverse happening. The only real downside is that the Bucs will be out of their facilities for another two days, but the total travel time is still identical -- and I don't know how big that downside really is.

At least this way Tim Tebow gets to practice with the Buccaneers, which should (won't) satisfy some obsessed fans.

Why is Myron Lewis still on the team?