The Buccaneers want to build their defense around a star cornerback, but they'll have to do so without him -- for now.

Darrelle Revis will not participate in OTAs, which are scheduled to start next week, per the Tampa Bay Times. Revis is still rehabilitating from an ACL injury. Revis has and will continue to rehab with the Tampa Bay Buccaneers, but he will be limited to classroom work during the upcoming OTAs, which are scheduled to run through June 7. It's not clear whether Revis will be ready for the mandatory minicamp starting June 18.

How Revis changes the defense 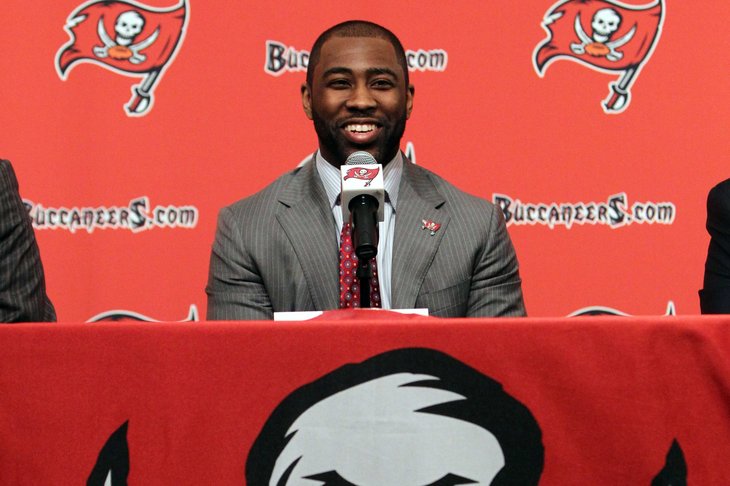 Whether Revis' absence will matter in terms of learning the scheme remains to be seen. Revis should be able to pick up the scheme in the classroom, and his assignment on most downs will be fairly straightforward: cover one receiver, man-to-man. In fact, the Buccaneers will adjust their entire scheme to Revis, the Tampa Bay Times writes. That doesn't require a lot of classroom work of Revis, but it does raise some other problems.

How will the Buccaneers practice that defense without Revis in training camp? Not for Revis' benefit, but for the benefit of the other players. Having Eric Wright play the Darrelle Revis role on Vincent Jackson in team scrimmages won't give the defense a lot of confidence. Equally important is the fact that Revis will still have to get in football shape and gain confidence in his surgically repaired knee with the season starting in just over three months.

If the Buccaneers are to build their entire defense around Revis, they could collapse if Revis turns out to struggle after his injury. Of course, the Bucs knew this when they traded for him. They didn't give up two high draft picks and give the cornerback a $16 million per year contract to make him an afterthought for this team.