So we've talked about Ronde's Hall of Fame credentials before, but Ronde's statistics aren't talked about much. Aside from the sacks and interceptions, there's not much to go off of when it comes to cornerbacks, and even less to compare to other players. But we still have a whole list of interesting numbers for you. 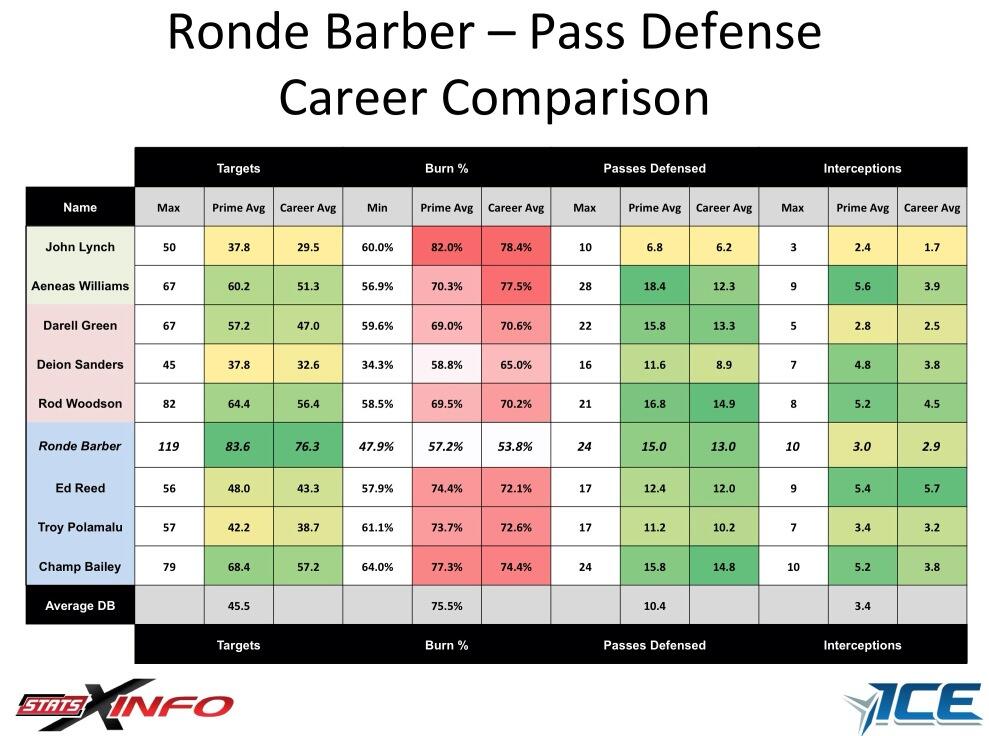 Those numbers stack up with the best defensive backs out there, and there's really no question that his statistic hold up well enough to at least garner strong Hall of Fame consideration. It's not a slam dunk -- Ronde suffers in the interception rate and was targeted an awful lot -- but he holds up well. Sure, some of those numbers are a little inflated because of the scheme, specifically the Burn %, but those stats are still awfully impressive.

Not as impressive as the next chart, though, again via John Pollard. 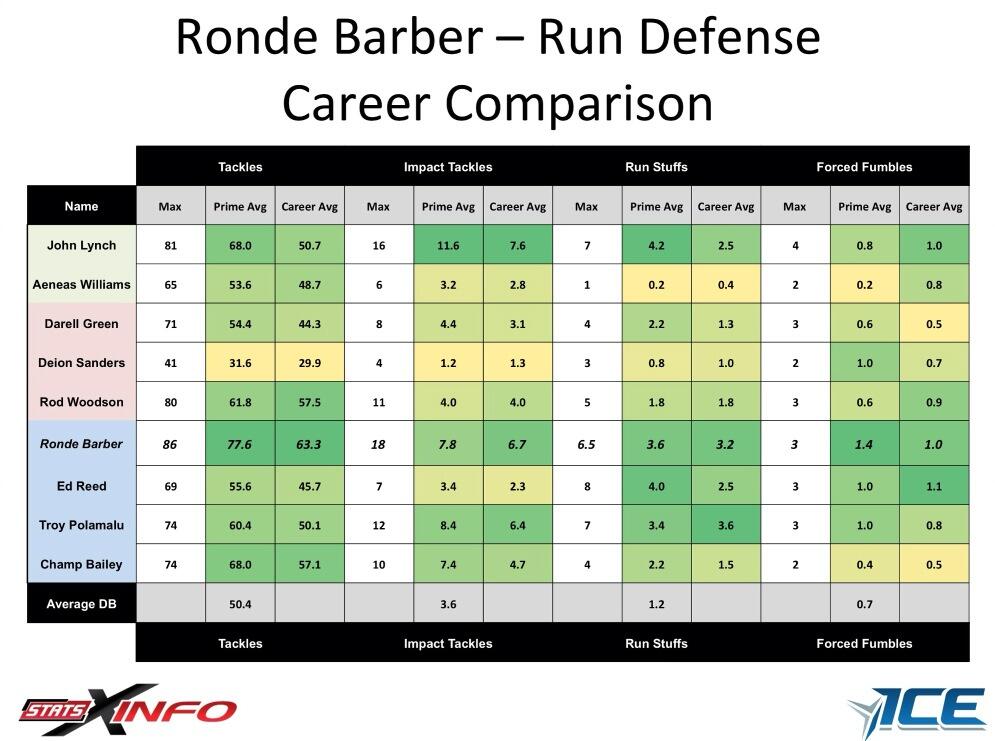 Of course, these statistics aren't the be-all, end-all of cornerback measures and the significance of each of those statistics isn't really well-known. That doesn't mean they're not interesting, though.

We've heard plenty of arguments as to Barber's Hall of Fame credentials. At this point, though, we can't do anything about it. Baber will be eligible in five years, when the Hall of Fame voters get to decide on whether he fits the Hall of Fame. Maybe a chart like this helps when it's time.