The Buccaneers and Jets move closer to getting the trade officially done.

The Tampa Bay Buccaneers have agreed to terms on a new contract with Darrelle Revis, as his own agents Schwartz & Feinsod announced on Twitter. They had agreed to terms with the New York Jets on trade compensation earlier today. Revis was reportedly looking for a contract worth around $15 million per year. Whether he gets that much remains to be seen.

Revis' business manager John Geiger posted a picture of Revis signing his contract on twitter. And then he posted this bit of genius on Instagram: 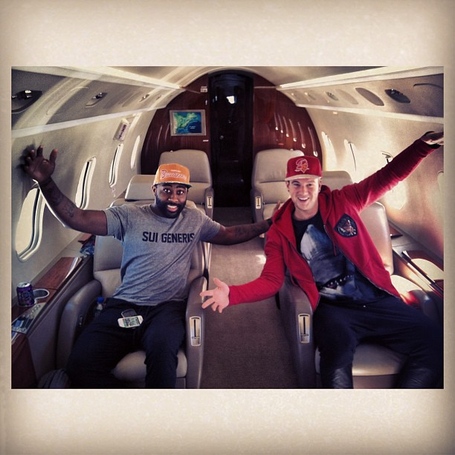 Trade compensation for the New York Jets reportedly consists of the Bucs' 2013 first-rounder and a few later-round picks, with those possibly coming in 2014.

We will have the details on the trade and contract as soon as they are available. Stay tuned.