Share All sharing options for: Carolina Drubbing a Collective Loss

Forget the Mike Glennon debate because he is not the biggest problem the Tampa Bay Buccaneers have.  One of the Bucs’ offensive issues happens to be a weak offensive line as they are unable to make lanes for their running backs to run through.  Special teams also took a dip.  And the defense lost its way once again.  All combined resulted in a blowout loss.

The big turnaround started five games ago against the Seahawks.  A major factor of that, for the offense, was creating a running game.  Here are the stats for the past five games, including the loss at Carolina:  205 yards, 140 yards, 186 yards, 22 yards, and 66 yards.  We won the Detroit game where the team only ran for 22 yards, but the passing game, defensive game and special teams all put in Herculean effort.  Let us inspect the last five games of rushing to the opponents’ sack results against us in order to reveal a pattern, if any.

From the table above, we notice the increase of Glennon getting sacked when the run game disappears.  In the first half of the Carolina game, we had five drives.  We passed for 124 yards and ran for only 17 yards in those five drives in the first half.  Glennon was sacked twice in the first half.  (ESPN designated the fumble to be a sack as well.  All my stats are from ESPN.com.)  The offense was 1 for 10 on third down efficiency.  7 out of 10 of those third down opportunities were more than six yards to get a first down; 3 of those seven were over 10 yards.  To expect a rookie quarterback to make up for the lack of production for the first two downs without a competent run game almost seems futile.

From the Bucs-Panthers Stat Comparison chart, we can notice that our defense were not able to put out a satisfactory performance.  Zero sacks, 14 passing first downs, and 163 yards rushing against.  But I do recall one interception in the red zone.  It looked as though we were going to send in six players, yet only rushed four players.  The lack of a pass rush and the inability to stop the run affects the defense of the passing game.  Here is an article I wrote recently to denote the pass rush and its impact: Winds of Change.

Our special team was not spectacular.  Lindell missed a field goal.  We got a delay of game penalty near the end of the first half, which pinned our punter Koenen next to the back end of the end zone. Consequently, the Panthers had better field position and extended their lead from one point to eight going into the half.

I stand by old clichés of ‘the battle is won in the trenches’ and ‘defense wins championships’.  Although, it is best to have an amalgamation of the offense, defense and special teams working well in concert.  In the game against the Panthers, all three aspects of the game were in concert against the goal of winning.

Quick Sketch of my take on the game: 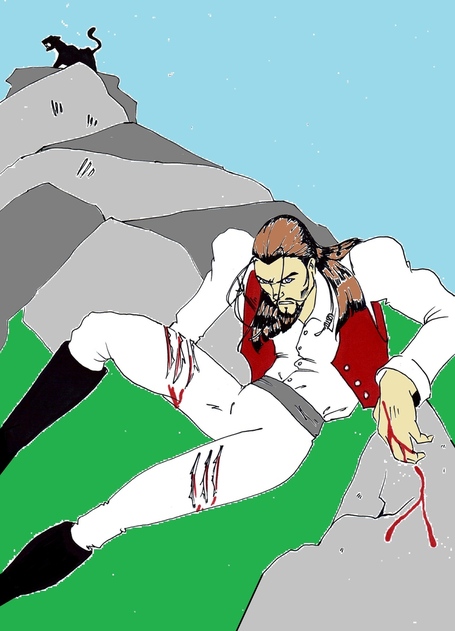