Johnthan Banks cleared to play against Eagles despite MRSA infection

Share All sharing options for: Johnthan Banks cleared to play against Eagles despite MRSA infection

Johnthan Banks has been cleared to play against the Philadelphia. The NFL and NFLPA issued a joint statement saying as much regarding the Tampa Bay Buccaneers cornerback.

"The NFL and NFLPA have worked together in response to the MRSA matter in Tampa Bay. The jointly retained specialist has met with the team, supervised the inspection of the facilities, conducted medical examinations and agrees with the team medical staff that Mr. Banks does not pose a risk of transmission to other players. The specialist also met with team officials from the Eagles. All players have been advised of the process and we will continue to work together to jointly monitor the situation."

The fact that an independent medical expert and the NFLPA all agree that Banks should be cleared to play is a strong signal showing that this isn't the team or player creating an unsafe situation. Rather, Banks does not pose a safety risk to other players. 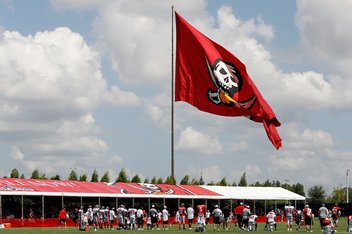 The Bucs brought in an independent expert to review the team's practices and explain the situation to the players and the media. We have all the details, and the statements should answer many of your questions.

Banks' infection was caught early and he was treated swiftly, which probably helped in the matter. There has been no such statement on Carl Nicks, whose MRSA recurred this week and is likely to remain inactive against the Eagles. With Banks on the field, the team's pass defense should be given a boost as the Buccaneers won't be forced to give their undrafted rookie defensive backs significant playing time.

So far it appears that the Bucs have responded quickly to this outbreak of MRSA and followed proper medical procedure in every instance. In short: they were unlucky, but there is no real systemic problem in Tampa.

Eagles vs. Buccaneers: Tampa Bay gets a chance for revenge