Buccaneers vs. Broncos Recap: Peyton Manning, Von Miller too much to handle for Tampa Bay as Denver wins 31-23

Peyton Manning and the Denver Broncos took it to the Tampa Bay Buccaneers, as Denver's stars won the game for them.

Share All sharing options for: Buccaneers vs. Broncos Recap: Peyton Manning, Von Miller too much to handle for Tampa Bay as Denver wins 31-23

Von Miller, Demaryius Thomas and Peyton Manning proved too much to handle for an injury-riddled offensive line and terrible secondary. The Denver Broncos are Super Bowl contenders, and they proved as much, blowing out a quality Tampa Bay Buccaneers team that simply could not cope with Denver's quality on both sides of the ball.

Through one half, though, it looked like the Buccaneers could hang with the Denver Broncos. Peyton Manning was contained in the first half, as the Broncos scored just seven points. The Bucs managed to handle Von Miller and company, and came away with ten points. The terrible Tampa Bay secondary held up throughout the first half, allowing a reasonable 108 yards and one touchdown through the air.

Then the third quarter rolled around, and everything changed. Peyton Manning came out firing, and before the quarter was over Tampa Bay was looking at a 28-10 deficit. 21 unanswered points put them in an insurmountable hole, and it played out exactly as everyone expected it would before the game. A ferocious Denver pass rush made life hell for Josh Freeman, with Von Miller taking advantage of Demar Dotson all game long. Miller punctuated his performance with a pick-six for added impact, completing the 21-point third-quarter burst. 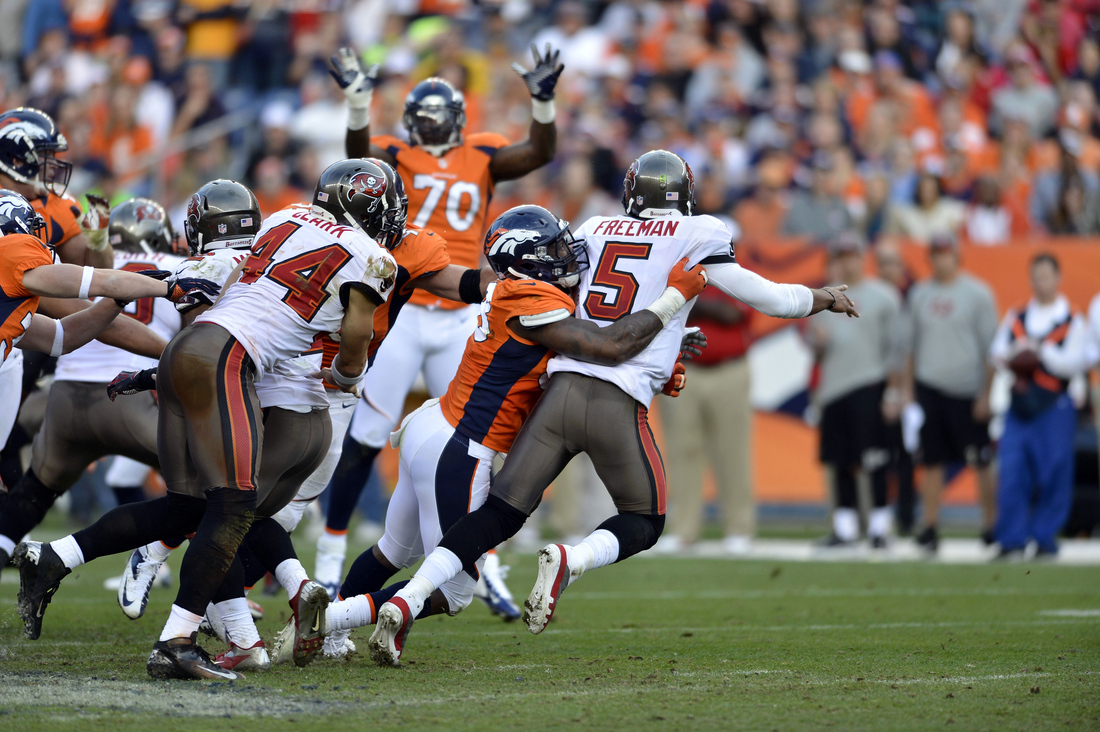 The Broncos defensive line was too much for an injury-riddled offensive line. Losing its two starting Pro Bowl guards was bound to be an issue, and the Broncos really had the quality to exploit that weakness. Doug Martin couldn't find any running room, ending the game with 18 carries for 56 yards, while Freeman was hit repeatedly, causing him to throw a number of inaccurate passes.

On the other side of the ball, Peyton Manning simply obliterated an overmatched secondary. The Buccaneers pass defense may not be the worst in the league, but its cornerbacks probably are. The Bucs are starting an undrafted rookie, a former seventh-round pick and a former undrafted rookie at cornerback, and none of them are the kind of hidden gems you usually find starting on NFL teams. No, Leonard Johnson, LeQuan Lewis and E.J. Biggers are simply not good enough.

Leonard Johnson in particular was beat all game long, as he could not contain Demaryius Thomas. The Denver receiver went off for an impressive 8 catches for 99 yards and two touchdowns. Both of those touchdowns came in the third quarter, as Manning put the Broncos up beyond reach. 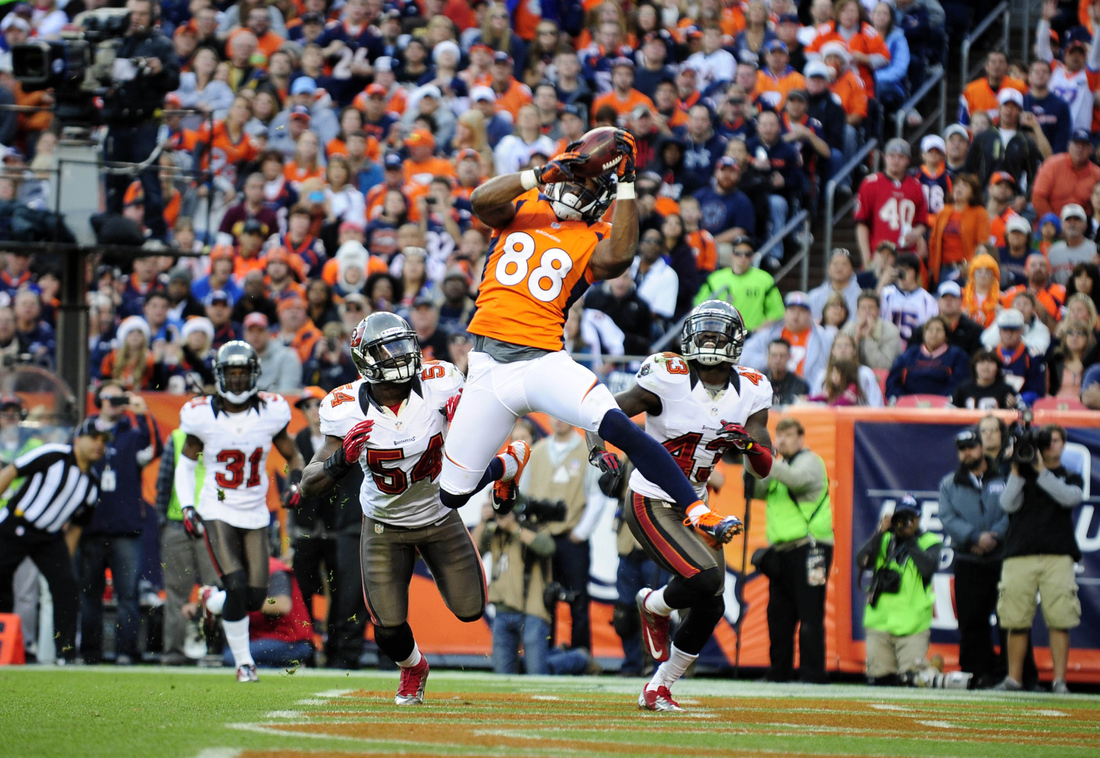 The Broncos took that three-score into the fourth quarter, and then calmly proceeded to bleed the clock. Even a horrible throw into triple coverage, picked off by Lavonte David, and a missed Matt Prater field goal couldn't save the Buccaneers. They doomed themselves when, instead of being aggressive, they played it passive and settled for field goals of over 50 yards twice. Barth made them both and kept the Buccaneers in the game, and they even managed to turn it into a one-score game late in the fourth quarter.

However, even with a Mike Williams touchdown cutting the Broncos lead to just eight points, Tampa Bay needed a miracle to stay alive. They didn't manage to get the ensuing onside kick, and Denver needed just one first down to end the game. Had the Bucs managed a stop, they would have had mere seconds to go 80-plus yards down the field. But things didn't even get that far, as the Broncos managed a first down thanks in large part to Gary Gibson jumping offside. Not even the infamous rushing of the victory formation could help Tampa Bay at that point.

Ultimately, the Bucs lost this game because of a lack of depth and quality. Their secondary and offensive line simply weren't good enough to hang with the Denver Broncos. Peyton Manning, Von Miller and Demaryius Thomas are elite players at their respective positions, and those kinds of players are tough to stop with undrafted free agents and waiver wire pickups. The Bucs have done a good job of upgrading their talent level this offseason and over the past three years, but they're still lacking in certain areas.

Where they go from here:

The Bucs welcome the hated and floundering Philadelphia Eagles(3-8) next Sunday in what should be a fairly easy matchup. With just four games remaining in the season, the Bucs need to win out to make the playoffs, and even then they may not make it despite a 10-6 record. With games against the New Orleans Saints, St. Louis Rams and Atlanta Falcons (who will likely have nothing to play for) coming up, the Bucs could certainly win out, but the road to the playoffs got a lot harder today.

Cornerback LeQuan Lewis was injured late in the fourth quarter and did not return to the game.