Doug Martin beat the Oakland Raiders, despite some fierce protestations on the side of the Bucs defense. With touchdown runs of 10, 40, 67 and 70 yards, Doug Martin was a force quite unlike anything the Tampa Bay Buccaneers had ever seen. He set a franchise rushing record with 251 yards on just 25 carries - good for an amazing 10 yards per carry. That number would have looked even better had the Bucs not decided to rush him three times at the end of the game, instead of kneeling out the game.

Martin became the first player in NFL history with three touchdown runs of 40 yards or more in one game (via Cecil Lammey), he joins Mike Anderson as the only player to ever rush for 250+ yards and four touchdowns in one game (via Randall Liu). Most impressively, he now leads the NFL in yards from scrimmage per game, racking up 130 yards per game. 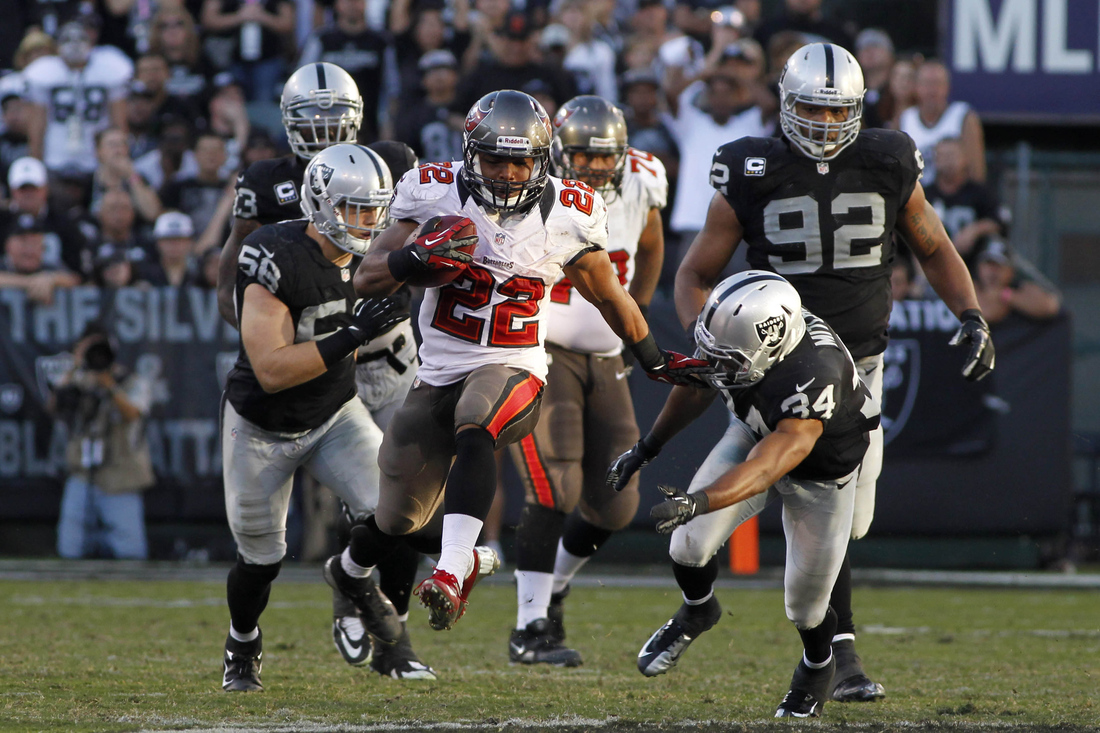 As good as Doug Martin was in this game, he wasn't the only Tampa Bay Buccaneer to play a key role in this victory. Josh Freeman had arguably his best game of the season, despite being under frequent pressure due to his makeshift offensive line. Completing 18 of 30 passes for 247 yards and two touchdowns, Freeman continues to put up impressive performances. And this time, he did it without constantly missing open receivers.

For the fourth straight game, the Tampa Bay Buccaneers scored more than 28 points and produced more than 400 total yards of offense. This may be the most explosive offense the Buccaneers have ever fielded, and it's certainly producing like one of the top offenses in the NFL right now.

Intriguingly, the Bucs and Raiders didn't get the offensive explosion going until the second half, as the first half appeared to be a defensive battle with a 10-7 lead for Oakland as a result. The punishing Bucs run defense certainly had something to do with that, allowing just 22 yards rushing on 11 carries. Lavonte David led that charge, racking up 14 tackles. A missed 54-yard field goal and another blocked field goal certainly didn't help matters. A second half filled with explosive plays more than made up for that lack of first half production. 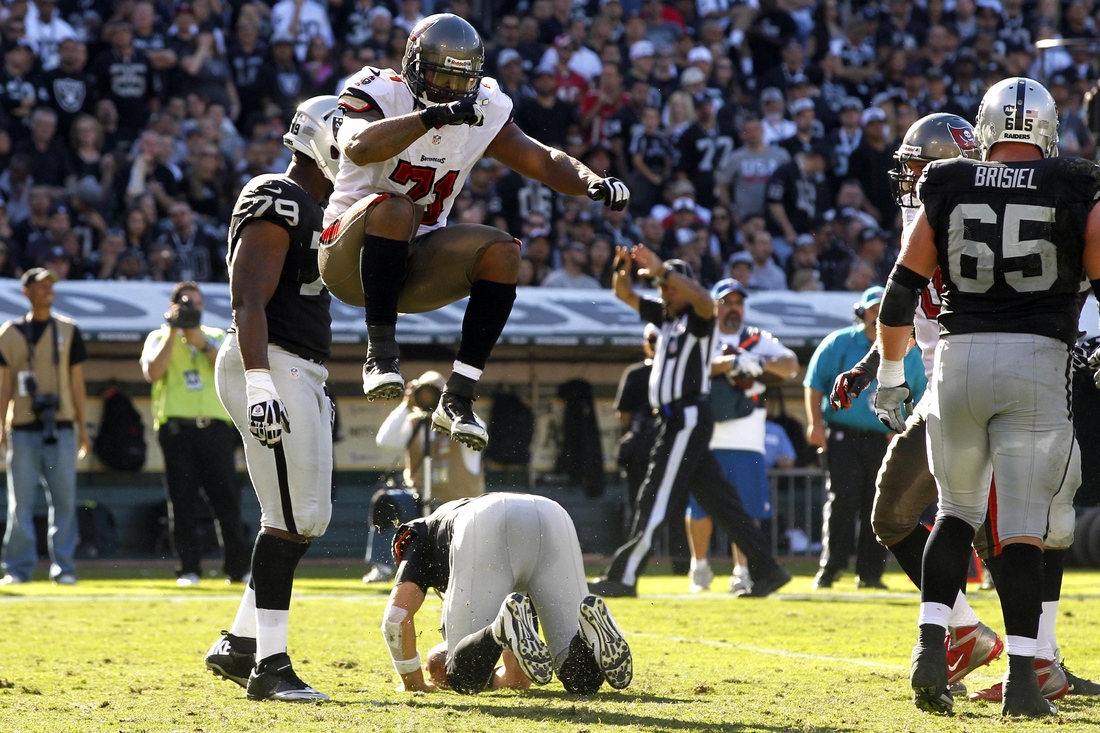 The pass defense certainly appears to be going the other way, however. With a banged up Eric Wright and no Aqib Talib, E.J. Biggers was once again asked to step up - and failed the test. Biggers simply doesn't appear to be good enough to be a starting cornerback in the NFL, and he was consistently picked on by Carson Palmer who managed 414 yads and four touchdowns on the day.

The secondary wasn't all bad, as they did produce three interceptions -- one of them even being produced by E.J. Biggers. Local product and undrafted rookie Leonard Johnson once again looked like a solid cornerback, producing an interception of his own, and Ahmad Black got his interception too.

Yet despite the turnovers and despite the explosive offensive production, the Tampa Bay Buccaneers were up by just three points near the end of the fourth quarter. A fumble on a bad handoff, likely caused by Josh Freeman, gave the Raiders the ball back right after they went down the field for a touchdown. Palmer was slicing through the Tampa Bay secondary like a hot knife through butter, and it seemed like all the momentum had disappeared. A 35-17 lead had dwindled to a measly three-point lead, but Ahmad Black saved the day, stepping in front of an errant throw by Palmer, effectively sealing the game. 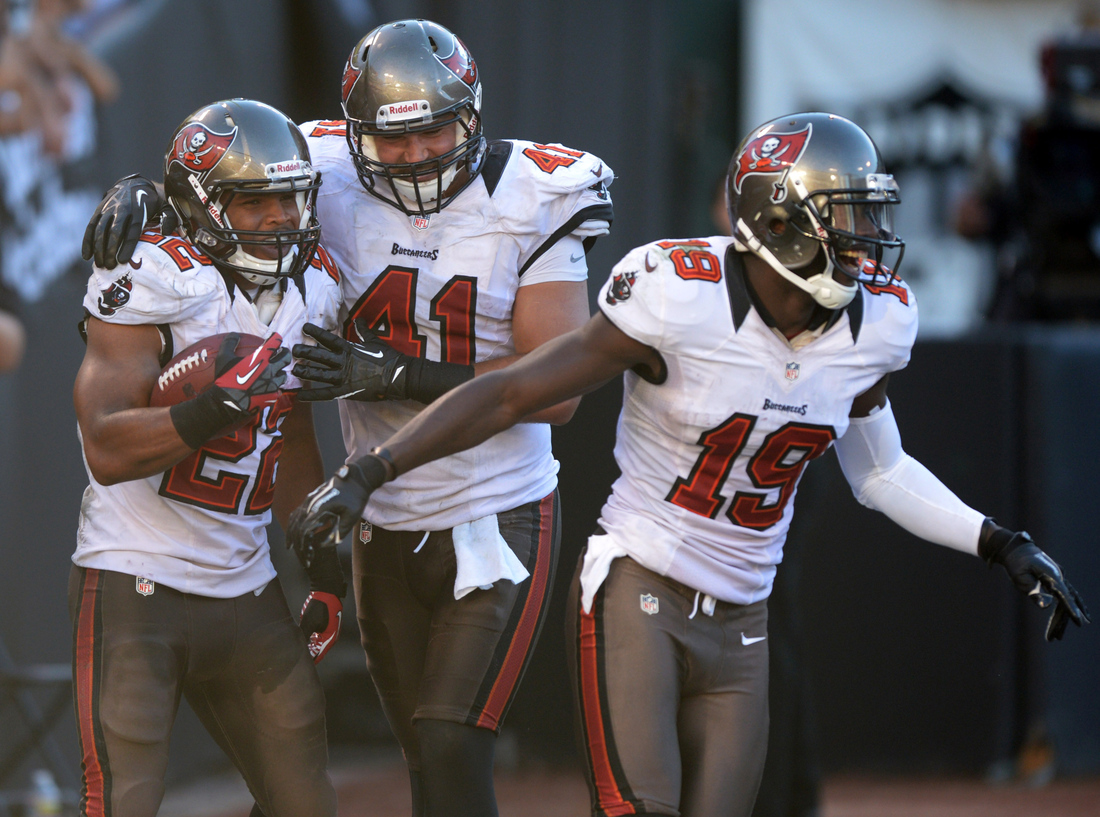 The Buccaneers will travel back to Tampa, where they will the face the San Diego Chargers on Sunday. They're currently holding a 4-4 record, half a game behind the 5-4 Seattle Seahawks and Minnesota Vikings for the final wild card playoff spot.