Share All sharing options for: Come to Coon-O-Ween with 'Aquib' Talib and other Bucs Guests

You know, I would think this was a photoshop or someone playing some incredibly offensive joke. But nope, it's real: There's a Coon-O-Ween party in Tampa. And it features "Aquib" Talib and other Bucs guests. I have no words for the sheer idiocy, and I just hope that for once, people are just exploiting Talib's name without his knowing it.

UPDATE: The Bucs e-mailed Deadspin a statement: "Hi there. I wanted to inform you that Aqib is not involved in the event." Make of that what you will.

But considering the litany of idiotic things Aqib Talib has done, it wouldn't surprise me to learn this was genuine. Normally I don't much care about the stupid things players do on their days off, and this isn't exactly likely to affect his on-field play. But it's just another example of how Aqib Talib apparently still isn't growing up.

At some point the embarrassment of the player is going to outweigh his on-field contributions, which haven't been stellar this season anyway. Aqib Talib is the Bucs' best cornerback right now, and he has all the talent in the world, but he isn't playing like it. If this streak of idiocy continues I can't see the Bucs offering him a new contract when his current one runs out after the 2012 season.

Apparently this was reported first by the Tampa Bay Sports Central five days ago, but I didn't see it until Deadspin got a hold of it today (and Ryan Caswell brought it to my attention).

Hit the jump for the stupid picture to get you all riled up over the latest stupid thing Aqib Talib did. 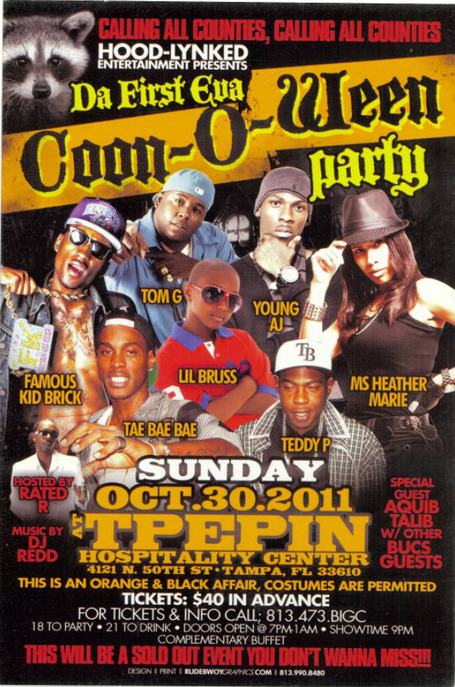