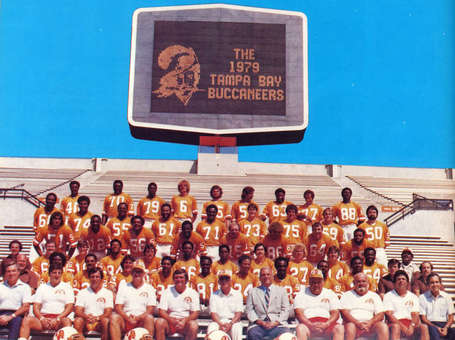 WEEKS 1 & 2 The Bucs opened the season on a Saturday Night, against the Detroit Lions. Keeping in mind, the Bucs best start was an 0-2 start in 78, which ended up 5-11. After Saturday Night, the Bucs were 1-0 with a 31-16 win over the Lions. Rookie Running back Jerry Eckwood had 121 yards on 20 carries, with Ricky Bell throwing in 53 more on 13. Doug Willams started out his sophomore year with modest numbers, 4 completions in 16 attempts, one from the seat of his pants for a touchdown! Half of Williams 4 completions were for  TDs. Lee Roy Selmon returned a fumble for a 10-0 lead, and garbage points at the end made the score look closer.

But it didnt matter. Fans were crazy, their team WON the first game! No one had crazy thoughts, they just took it for what it was, a win, a rare  WIN. 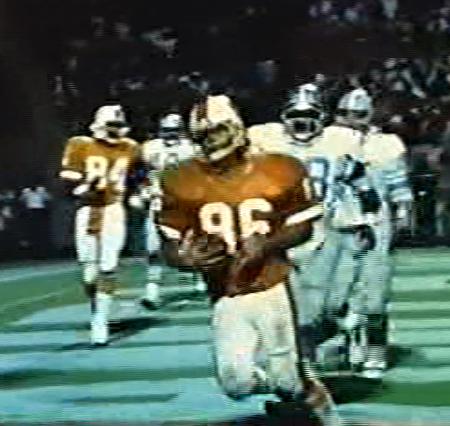 1979 Game one, Back up Tight End Jim Obradovich catches this TD from Doug Williams, who throws it from the seat of his pants. 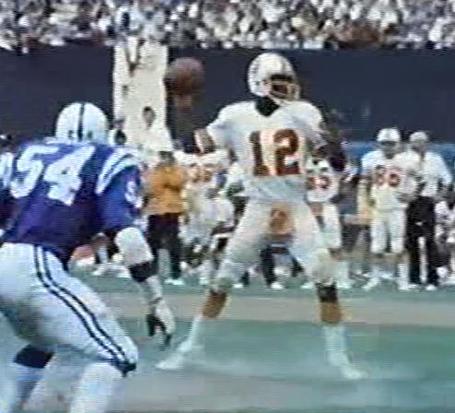 Crashing back to earth, Doug WIlliams threw a quick interception and the Bucs found themselves down 17-0 to the Baltimore COLTS. But a Ricky Bell TD run and Williams to Hagins TD, we crawled back into it. After the half, the Bucs Dominated for awhile. Mike Washington intercepted a ball and brought it back for a td.

Baltimore fought back into the game, and after a TD pass from Laundry in the 4th qtr, a total of 3 extra points had been missed in this game so far, one by the Bucs.  So  when the game went into Overtime, and Randy Crowder hit QB Landry and recovered his fumble, it was no Gimme for Coach John McKay to send in the FG team.

Bucs kicker Neil O'Donoghue was a very erratic kicker, with a good leg however. He made it, and the Bucs jumped up and down on each other. In a statement I will never forget in my life, CBS announcer said ."The Bucs are undefeated"....

Ive been a Bucs fan every since that day!

They were undefeated, and people were taking notice. Up next, the Bucs would head to Green Bay to play a packer team that just missed the playoffs the year before.