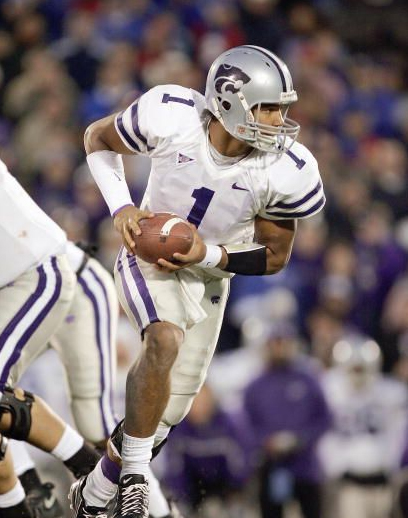 Time to look at the guy many pundits have the Bucs pegged to take in the first round.  QB Josh Freeman has emerged as the perennial favorite to be the third quarterback selected on April 25, and, with the number of teams interested in taking a run at Jay Cutler, there may be plenty of suitors for a QB in the first round, as the quality of prospects tend to fall off the table after the first three.  What concerns me overall about Josh Freeman is his consistency and decision-making.  His completion percentage is well below the NFL mendoza line (60%), but then again, so is Stafford's... so take that for what it's worth.  However, he threw 34 INTs in 35 career games, so with those struggles in college, you've got to wonder if he can handle more complex and faster NFL defenses.

Here are his career stats:

All in all, I see alot of Jamarcus Russell in Freeman, which is not good (not just in the fact that they are both big kids, with Freeman at 6-6, 250).  He wasn't particularly noteworthy at K-State, although he had a significantly improved statistical output in 2008 than in his previous 2 seasons.  He also showed the wherewithall and skills to make some plays with his legs, which invariably opened up some passing opportunities.  Also, the Big 12 was a defensively-challenged league last year, so stats may have been a bit inflated.  There's no doubt he throws the ball with alot of zip and can sting it into tight places over the middle.  We can see that on the video.  However, he tends to hold the ball low, which matters since he'll face better and smarter pass rushers in the NFL.  His accuracy has also been closely scrutinized by scouts.  His completion percentages by year yoyo'd from 51% to 63% back down to 58%.  Although some pundits point to 2008 as his breakout year (20/8 TD/INT ratio), 8 of his 20 TD passes came against the powerhouse competition of North Texas, Montana State, and Louisiana-Lafayette.  In the remaining 9 games, he threw 12 TDs and 8 INTs.  Gah.  The decreased interceptions in 2008 is encouraging, but because of his prolonged inconsistency in college, one has to wonder how long it will take him to get a grasp on NFL-calibur defenses, if ever.

What do you all think about Freeman?