Raheem Morris discusses the Quarterback position more and the Draft

Share All sharing options for: Raheem Morris discusses the Quarterback position more and the Draft

"And the Lord said you’ve got to rise UP" 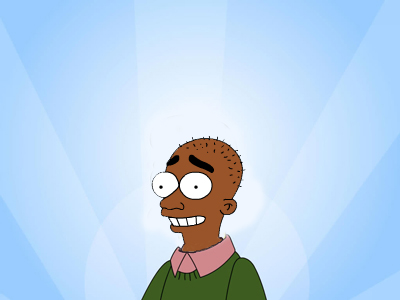 You gotta love Stu. . . Raheem Morris was asked a ton of questions by the media about his QB’s at the NFL Owners Meetings this morning, specifically why anyone should believe they can be successful, how did Raheem respond? He spoke nothing but the truth:

"To be honest with you, you shouldn't. You've got to create the doubt. You've got to create the myth. Those guys have got to step up to the forefront. One of those guys have got to emerge as the guy. When that happens, we won't have this discussion. We'll all know. Nobody knew who Matt Cassel was until Matt Cassel got a chance. Who are we kidding? Nobody knew who Tom Brady was until 'Mo Lewis knocked out Drew Bledsoe on the sideline. Nobody knows these guys. You're never a good quarterback in this league until you get an opportunity, then you either go out there and you either fail or you become Matt Cassel or Drew Brees or Phillip Rivers.' - relayed by Rick Stroud of the St. Pete Times

Stop right there, listening to Raheem, don’t you get the impression this guy can uplift anybody? I know I’m starting to go down corny-row, but the guy is so honest. Who doesn’t agree with the statements above? Nobody has any idea what we have in Luke McCown and Josh Johnson, until they see the field for a considerable amount of time we’ll never know. Keep talking Rah:

"You've got one bone for four dogs. Let them go out and fight this thing out. We've got two unproven guys. Luke McCown, who's started six games, won one. He has a bunch of talent that we see every day that you don't. We've got a guy in Josh Johnson who should have been a second-round pick but absolutely bombed at the combine and became a fifth-round pick. He improved this off-season. That's the stuff you didn't see." - relayed by Rick Stroud of the St. Pete Times

I don’t know about the bone analogy, that harks memories of a not-so-popular athlete from Atlanta who’s name rhymes with Shmike Shick. I also don’t remember JJ bombing at the Combine, but I’m still inspired. That is the hardest truth about being a fan. We can rant and rave about this and that, but because we aren’t in that locker room, that training camp, or those team meetings we are missing a ridiculous amount of information in which to base an informed opinion with. It’s like when we clamored for B.J. Askew to get more touches a season ago, who knew the guy was playing injured? Gruden did and we didnt. We lacked that information.

A little more from Raheem on the Draft:

"Obviously you've got targeted positions you've got to get; the number one [position] in this league probably for everybody except for four teams is quarterback. If you've got an opportunity, if you feel a guy is a franchise guy, if you've got confidence in the guy, you take him. You take him and you have no reservations about it. At Indy, I don't know who played linebacker, d-tackle, secondary, anything when they took Peyton Manning. I couldn't tell you who played those positions for them. He might not be in your type 90, but (a team) took him. Where ever it falls right now, especially being at 19, you have no idea. You sit there, you can put your board together and then trades happen. People move up, people move back, people jump you. You have no idea.'' - relayed by Rick Stroud of the St. Pete Times

So basically Raheem is saying you have no idea who will fall to you and based on your NFL Draft Board, if that player sitting in front of you is rated high enough internally you should take him regardless of potential team needs. This sounds like a best player available scenario. Which would lead you to believe that Freeman will not be there at 19, meaning he falls further based on the best available players in the draft. The monkey wrench comes in when you realize each team grades the athletes in the draft differently. Freeman could be in the Bucs top 5 players, where as he could be near the twenties on another franchises boards or even the experts boards for that matter. Who knows where the Bucs will go.

All I know is the NFL Draft is spaced way to far from the end of the season. It should happen prior to the start of the MLB season, figure late March. The Lions are already on the verge of signing a potential number one pick (hint: OT Jason Smith from Baylor). Come on April…