Share All sharing options for: Report: Crabtree Has Stress Fracture in Foot 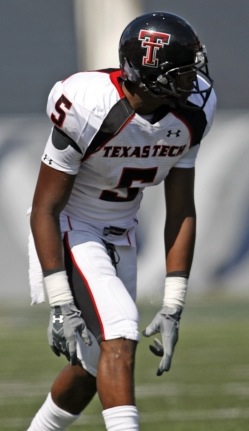 NFL.com is reporting Uber-stud WR prospect Michael Crabtree will have surgery to repair a stress fracture in his foot, which will take about 10 weeks to heal.  Apparently the doctors will be placing screws in his foot.  Well, maybe that's why he wasn't running... hmmm.  Wonder if it will scare off the Lions... oh wait... yea, Millen is out.  Maybe they won't draft a WR after all.

It'll be interesting to read how the talking heads gauge Crabtree's "stock" due to the pending injury.  If anyone drops him because if this, they're nuts.  A stress fracture is not that serious of an injury, especially this far out from training camp.  Look at his body of work.  He managed to stay injury-free during the majority of his career.  Moreover, the report states he'll most likely be ready by training camp.  No doubt, he brings the best combination of speed, hands, and route-running skills out of any WR in the draft.  KC, Seattle, Cleveland, etc will all still think hard about a talent like Crabtree if he's available, regardless of this injury.